How can I export a full alignment from IGV as an image?

The IGV browser lets you export an alignment as an image (File => Save Image). However, this image only contains those reads that fit in the viewing window: 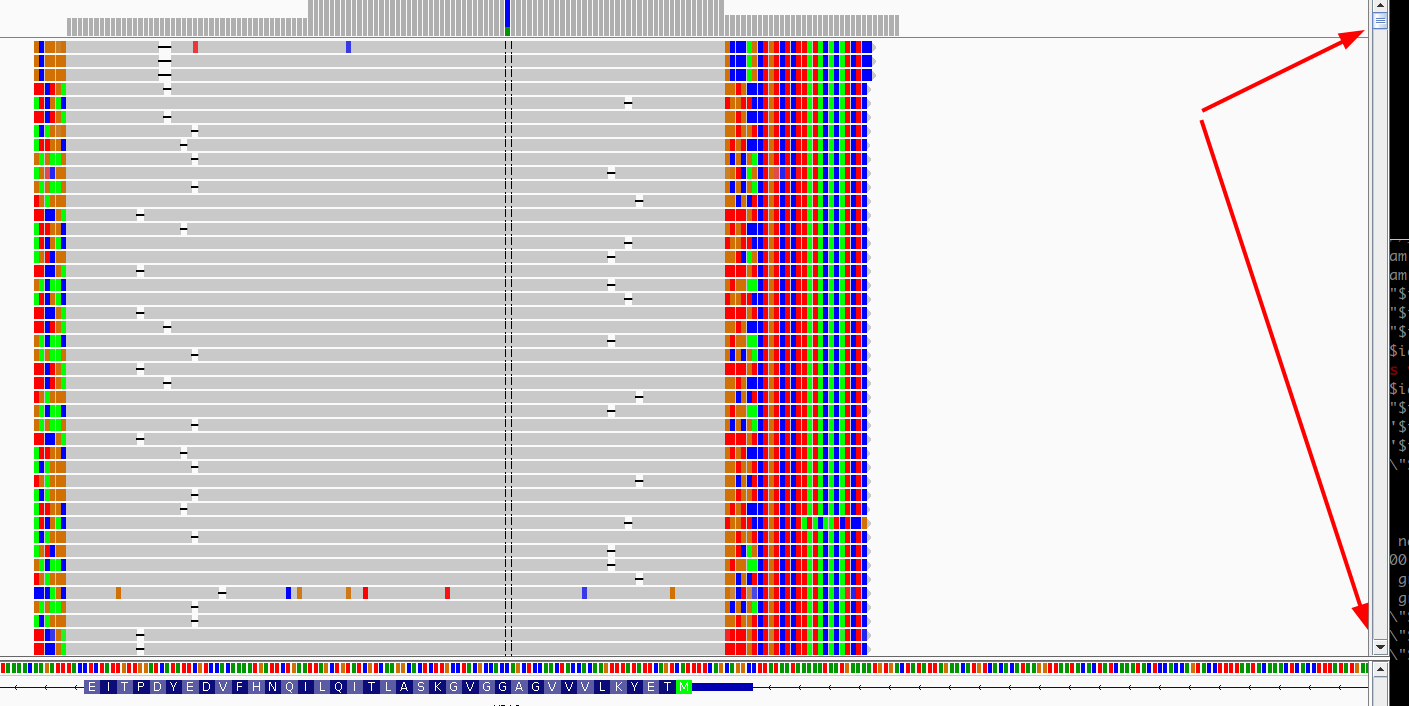 As you can see in the image above by looking at the scroll bar on the right, this is only a small subset of aligned reads. Is there any way to export an image of the aligned reads that includes all reads and not only those currently shown in the window?

Running an IGV batch script helps increase the number of reads per image, compared with File | Save image, but it does not solve the issue by itself.

To run a script, first make a script file like so with 1 command per line:

Run the script using Tools | Run batch script menu. The importat trick is the maxPanelHeight 10000 which is what makes this include more reads than the default snapshot.

You can also convert this into a little shell script:

Then, just open IGV, load the relevant BAM file and run the script like this to connect to IGV via telnet (credit to Pierre Lindenbaum):

4
How to show only my read on IGV?
7
How can I count the number of reads that support a variant in a bam file?
5
full visualisation of draft genomes alignment
4
How to get a MSA fasta from BAM/SAM?
2
How can I not show insertions in the Integrative Genome Viewer (IGV)?
1
How to visualize called narrowPeak files in UCSC Genome browser or IGV?
0
How to make a network overlap of gene lists across 3 conditions like this image?