we performed a combined gene expression and CiteSeq experiment with the 10x VDJ kit and 20 conjugated antibodies and sequenced on hiseq. I used cellranger to process the sequencing output. The cellranger summary shows overall good values except for a low percentage of "Antibody Reads Usable" and a low fraction of "Antibody Reads in Cells". How is it possible that so few antibody reads are usable? Does this mean that most antibodies were not bound to the cell surface? 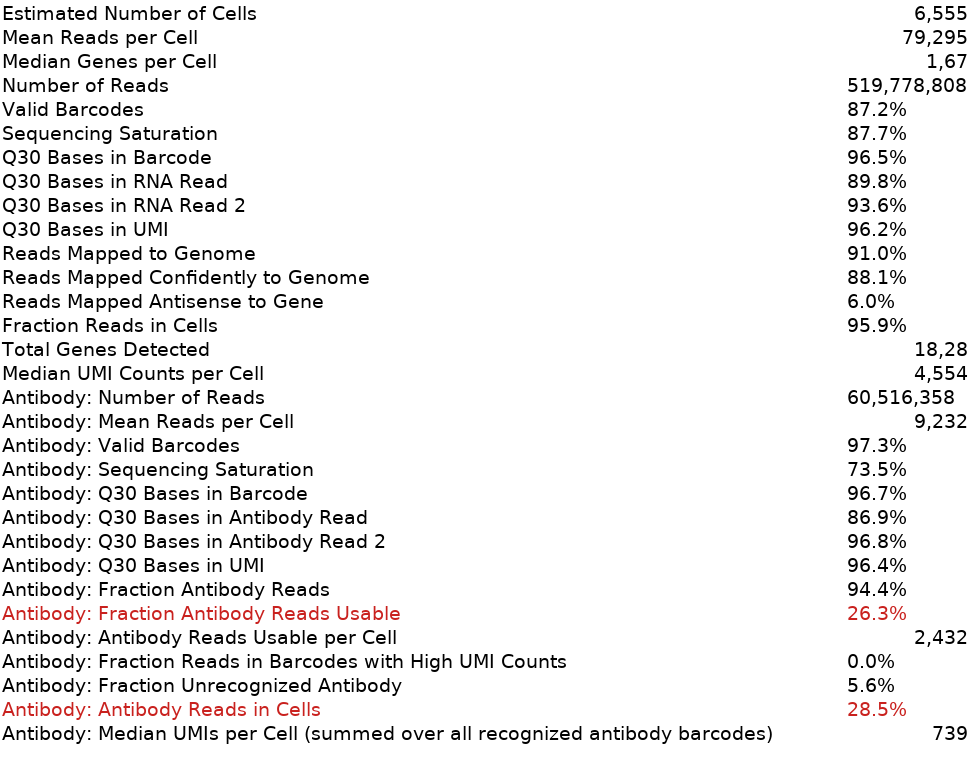 We have also seen a very similar issue and are also investigating why. Possibly of note, I tried forcing the cellranger program to assign a very large number of cells (10x the actual number of cells we had) using the --force cells option. This appeared to increase the % of usable Ab reads and Ab reads per cell metrics, suggesting that these reads may be associated with barcodes that have relatively few UMIs?

Not the answer you're looking for? Browse other questions tagged scrnaseq sequencing single-cell 10x-genomics or ask your own question.