Why don't the "child" peptide masses sum to the parent in this De novo sequencing example? 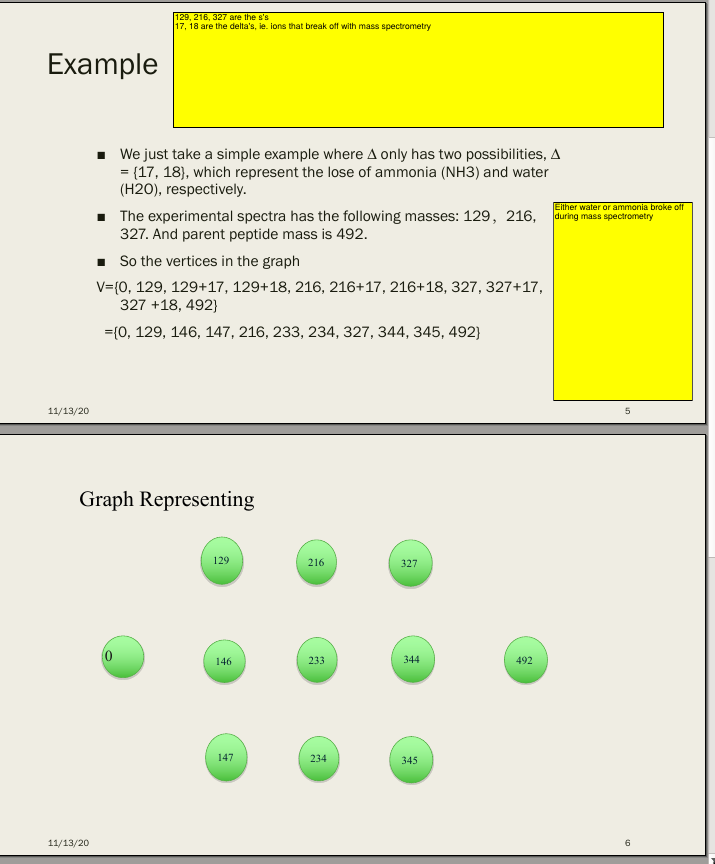 In that example, 129+216+327 does not equal the parent's mass of 492. My understanding is that during MS, the protein is broken down into peptide masses of varying length of approx. 5 to 20 amino acids. They also lose ions such as water or ammonia like in the example., the experimental spectra I thought would show the masses of these "children" that can be summed up to the parent (if you also add all the ammonia and water ions that are broken off). But that is not the case. Where am I wrong in my understanding?

In a peptide tandem mass spectrometry experiment, each fragment (child) ion is typically the result of breaking a single bond in the peptide backbone yield b and y ions. Because each ion fragment ion is the result of one fragmentation event, we don't expect the fragment ion masses to sum to the precursor mass.

If your peptide was fragmented well, you should get a ladder of b and y ions where the differences in masses between ions in the b and y ion series correspond to the masses of amino acids (+/- any modifications and neutral losses, such as the NH3 and H2O mentioned above).

A great resource for understanding these concepts is this tutorial:
https://www.ionsource.com/tutorial/DeNovo/introduction.htm

Not the answer you're looking for? Browse other questions tagged mass-spectrometry or ask your own question.