The authors of an article are comparing different cell type and the organ type and they show the ontology enrichment of the RNA-seq:

Cell-type-specific and organ-specific marker genes were identified using a two-step procedure. First, we performed pairwise differential expression analysis for each of the three type of structural cells, comparing them across organs. Second, based on the resulting pairwise comparisons, we identified for each organ those genes that were upregulated in each cell type compared to at least five other organs. Pairwise comparisons between organs were performed using the limma package in R, separately for each of the three structural cell types. Significantly differential genes were selected based on statistical significance (adjusted P < 0.05), average expression (log2(CPM) > −1) and sequencing coverage (median number of reads greater than 10 in the group with stronger signal). On the basis of these pairwise comparisons, we counted the total number of times each gene was upregulated in a specific organ compared to all other organs. Genes that were upregulated in comparison to five or more other organs were selected as marker genes of the corresponding organ.

Now how is this part done ? "Genes that were upregulated in comparison to five or more other organs were selected as marker genes of the corresponding organ.*"

The figure for this results is this: 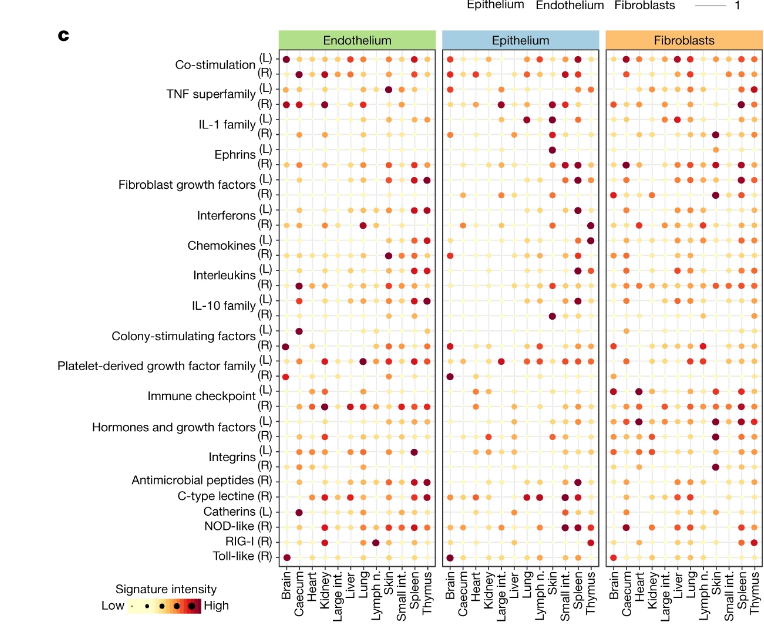 From their methods section:

The actual values plotted then seem to be from EnrichR, since they mention that elsewhere in the methods.

Not the answer you're looking for? Browse other questions tagged rna-seq figure-explanation or ask your own question.