How to decide whether to assume 2 Gene Losses or 1 to find minimum cost trees for Gene Duplication/Expression events?

This paper introduces an approach to estimate a convergence from discord between phylogenetic species trees and gene trees, using Gene Duplication and Expression events.

A Gene Duplication (GD) event refers to when a bifurcation of the phylogenetic gene tree occurs creating two duplicate gene loci. The first image marks them in solid white diamonds.

A Gene Expression (GE) event refers to the loss or Regulatory Mutation (RM) of genes. The types are:

Now, in the event of a discord between a gene tree and a species tree, we can attempt to establish concordance through assumptions about hypothetical duplication and expression events. The gene tree with a minimum count of (GD + GE) is the most likely assumption for concordance.

I'm confused as to whether there is an appropriate approach to this. The author of the first paper mentions that such assumptions regarding Gene Duplication and Expression events are not at all representative of real Gene Duplication and Expression events (established through observed evidence) and serve as a mechanism to approach likely solutions to discordance between species trees and gene trees.

My question is, how do I arrive at the minimum cost tree? 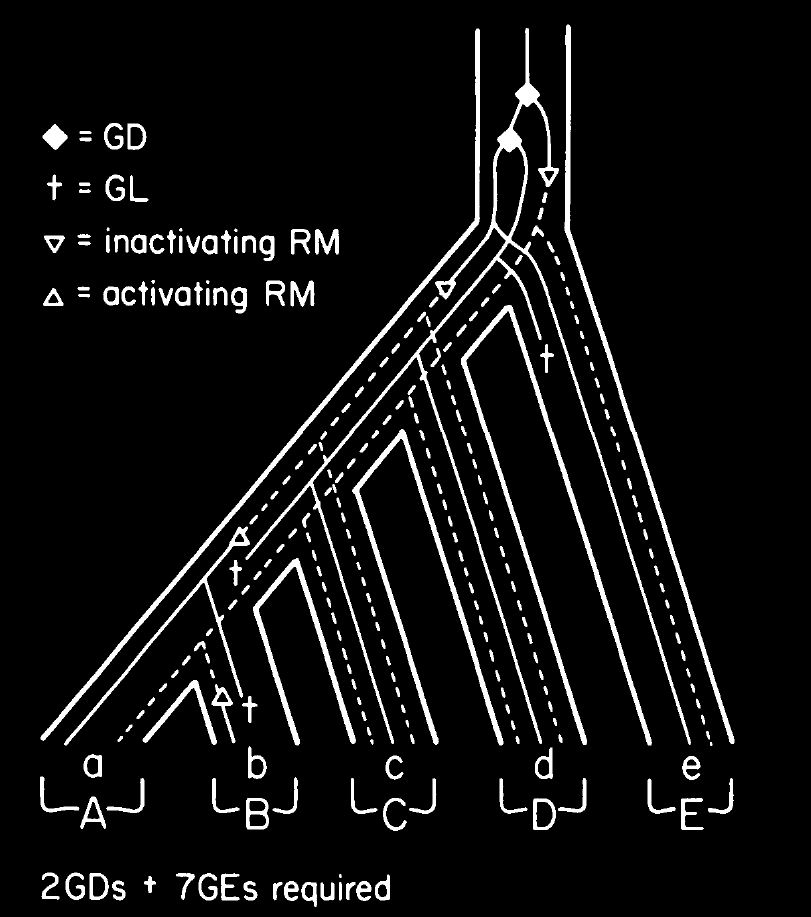 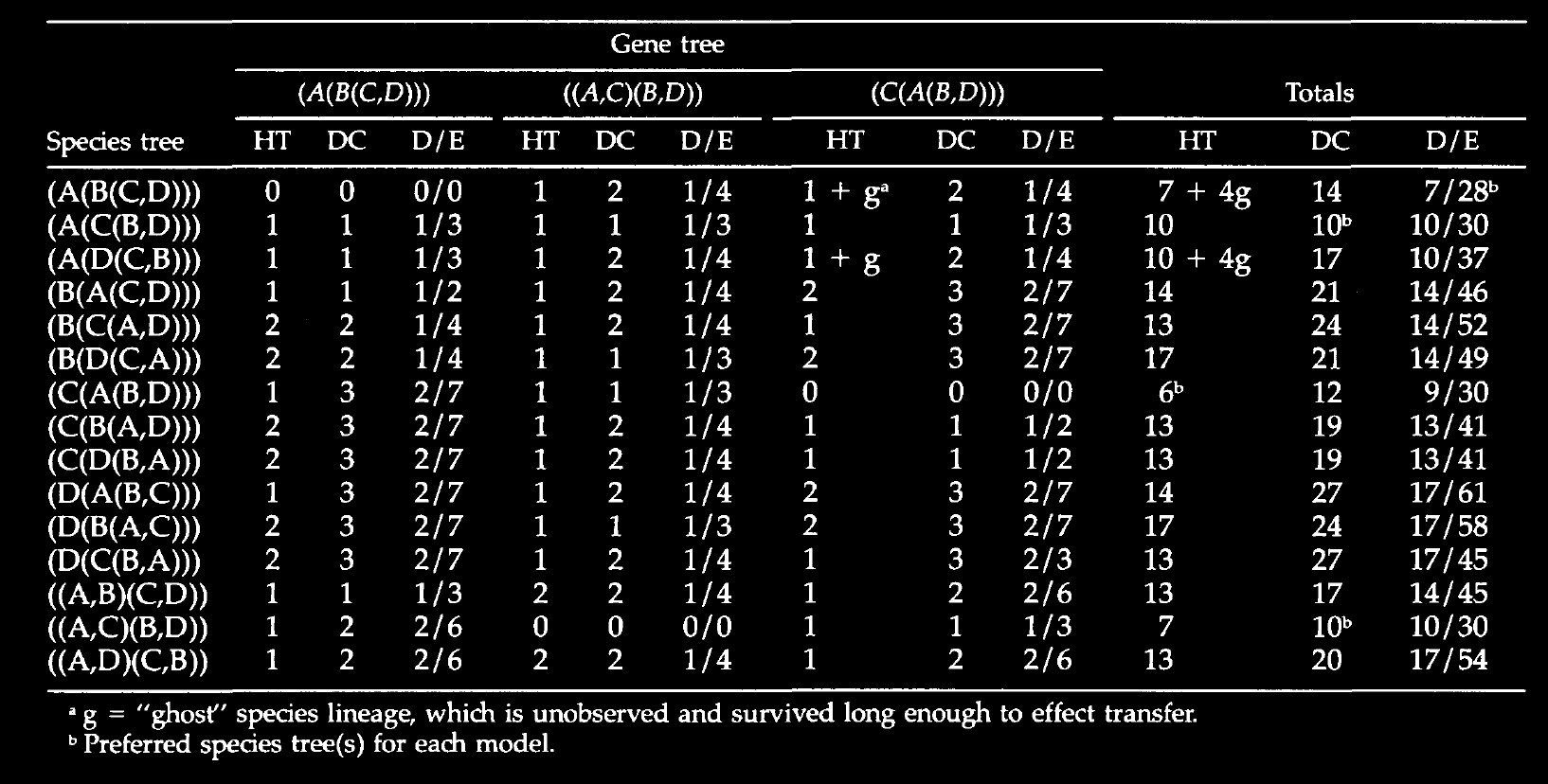 Browse other questions tagged phylogenetics phylogeny gene-expression or ask your own question.