Why does it require 4 vectors to calculate a torsion angle?

The BioPython documentation shows the following:

11.6.3 Measuring torsion angles Use the vector representation of the atomic coordinates, and the calc dihedral function from the Vector module:

We know that a torsion angle between N-C-alpha and C-alpha-C planes.

So, the minimum number of points required to form a plane is 3.

Then, Why does BioPython require 4 vectors?

From wikipedia on torsion angles:

You are defining not one plane but two half-planes or planes.

Wikipedia includes the following as an illustrative image: 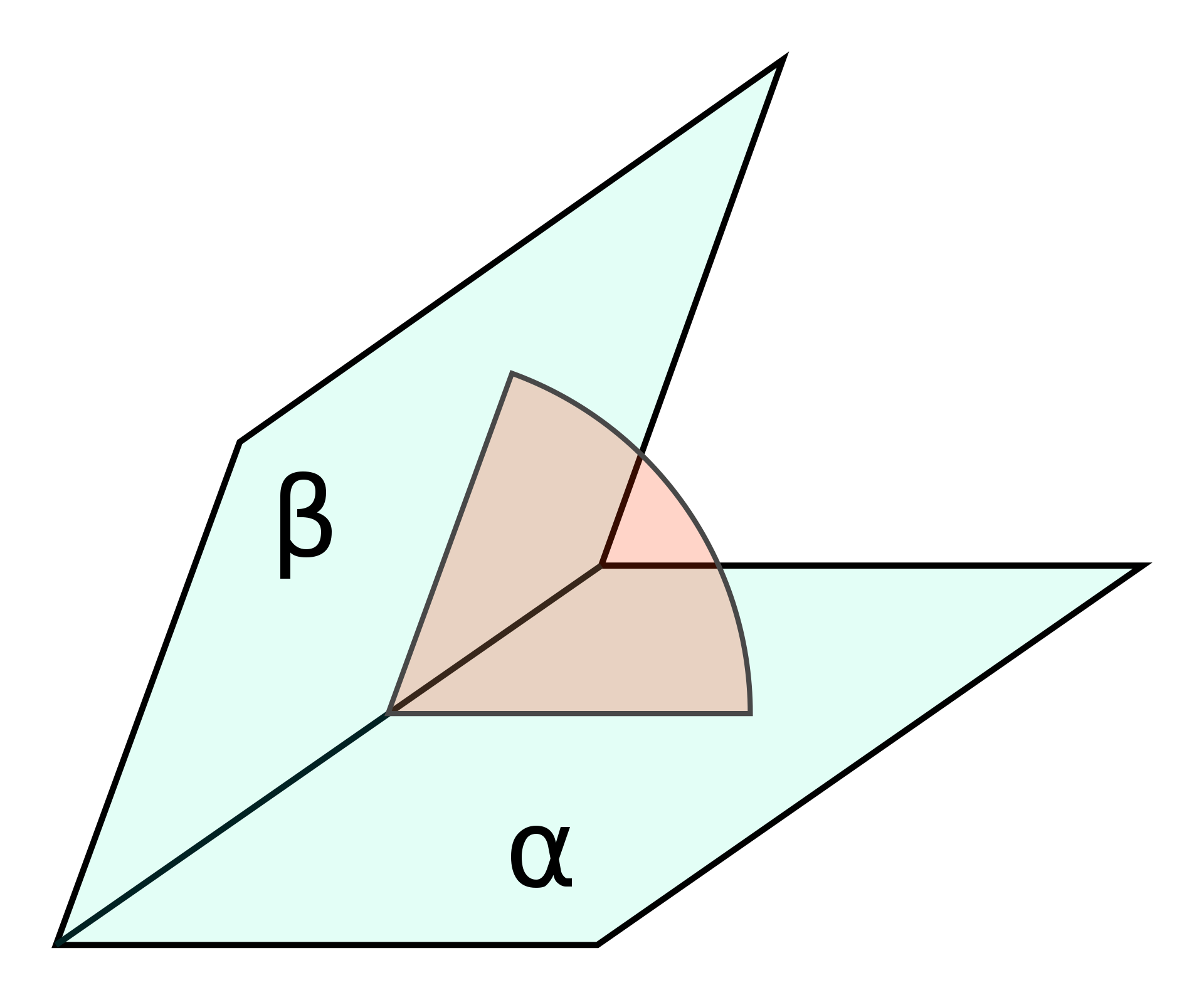 "Angle between two half-planes (α, β, green) in a third plane (pink) which cuts the line of intersection at right angles"

In this image I interpret the atoms to be at the vertices of the planes, e.g. the two atoms that are in common between the two planes are those at the points of intersection of the planes, and the two other atoms extend the planes $\alpha$ and $\beta$.

To compute dihedral angles you require 4 atoms and hence for vectors to determine two planes (see this figure here) whose angle you want to measure - dihedral angle.

You can also check Fig 55 from the GROMACS documentation 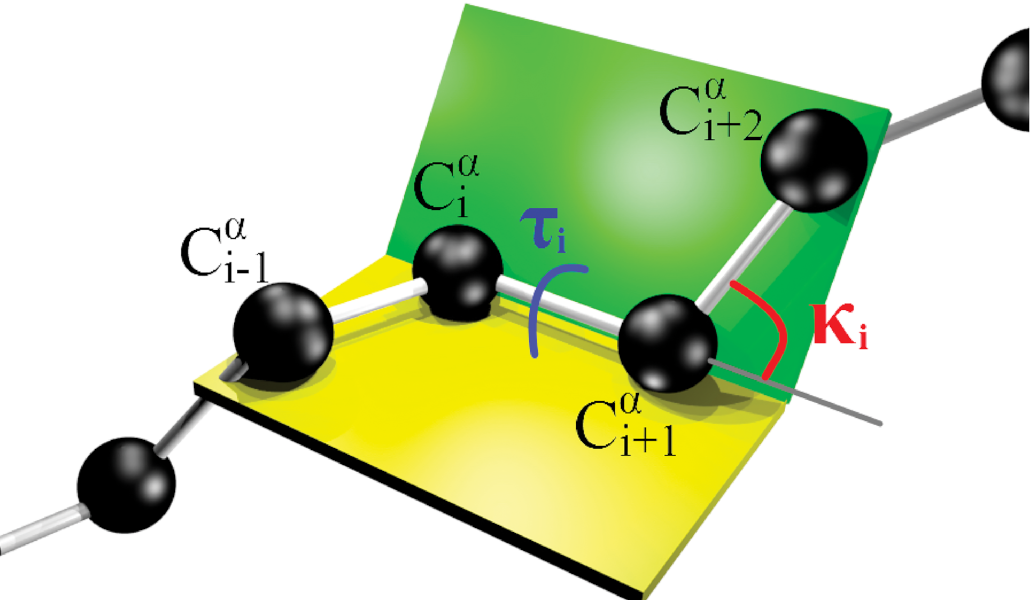 Not the answer you're looking for? Browse other questions tagged biopython or ask your own question.

0
Why does it require four vectors to calculate a torsion angle?