I want a PDB file of DNA sequence I am interested in (10 base pairs) for docking. I will appreciate if any of you can please clarify some of my doubts.

Do you think, I can generate PDB file by using this link http://www.scfbio-iitd.res.in/software/drugdesign/bdna.jsp

How can I get the pdb file of the DNA sequence I want from protein data bank, I did search it but did not find the one I want. Is it a way to extract the PDB file?

What are other methods I can use to generate PDB file of B-DNA sequence?

Thank you for your time.

Please delete if it is against the group for posting again and redirect me to where I can request migration of this question.

I normally use PyMOL. In PyMOL you can generate a model of a sequence of DNA with the command fnab — a sister command to the better known fab, which makes a protein sequence of a given secondary structure. I've not encountered that site, but it says it uses experimental data, which is a better approach.

OP is asking for DNA, but if anyone stumbles across this, do note that RNA is a totally different ballgame and requires more advanced solutions (example).

I should say docking a known sequence is fine, but not docking to guess the sequence is not.

For docking, if you have a zinc finger, helix-loop-helix, leucine zipper, MADS box or similar domain which binds DNA in a consistent manner then it is straightforward. However, predicting the bound sequence is far from trivial or accurate. For example, in MEF2C the N-terminal amine there are three reader-head dictating specificity and one is a floppy terminus, which most forcefield-based methods would struggle to get right.

So let's say we want to test PyMOL's fnab in the GUI. We could pick a protein, MEF2A example from above:

The RMSD is 1.6 Å which is not great, but pretty decent considering that it is with a generated sequence that does not take into account backbone distortion from the bound protein. 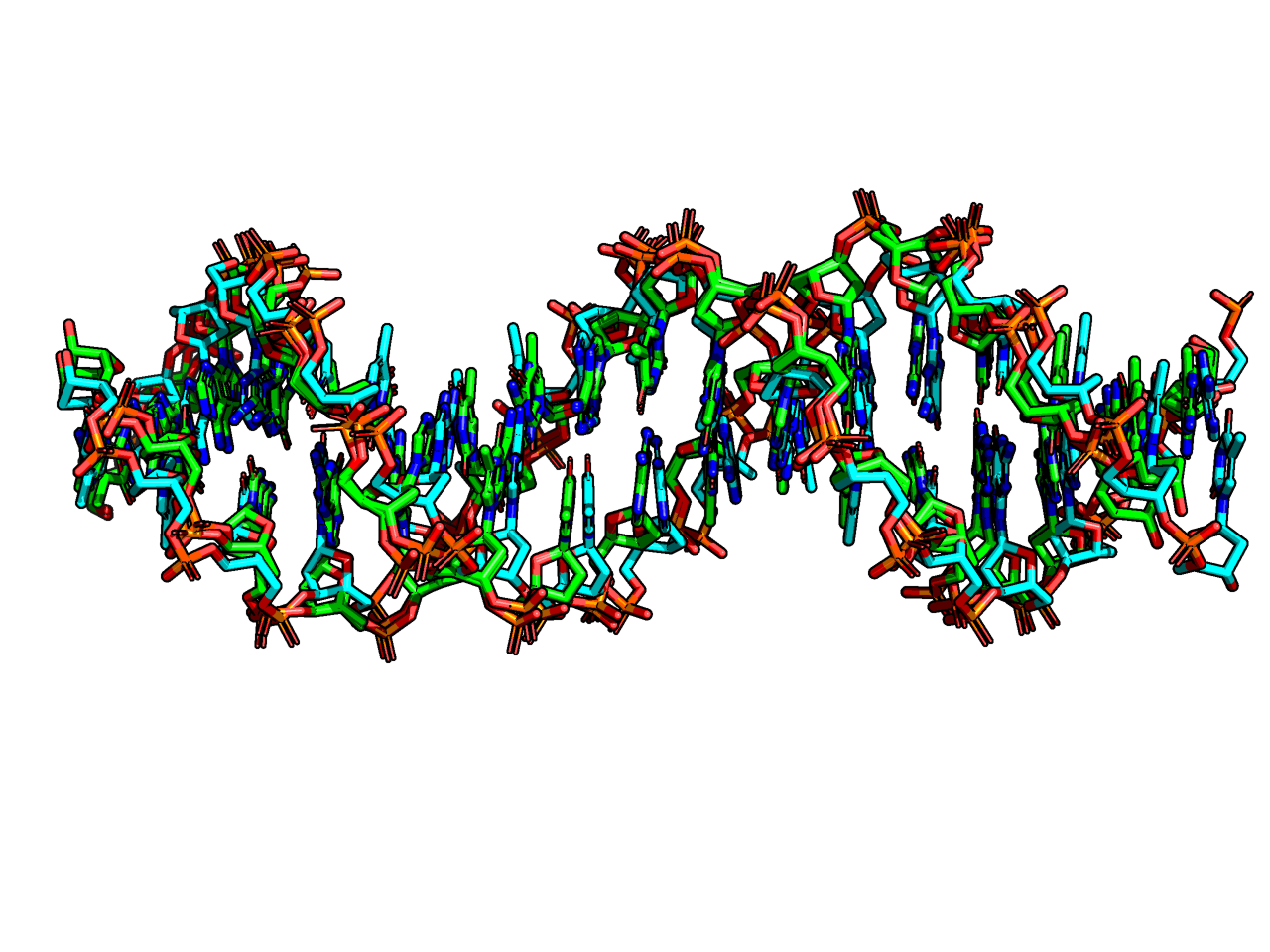 There is a tool for making DNA segments of any curvature. It exports as a PDB, and the people behind the tool are quite committed and helpful.

Here is a curved DNA segment I generated using their tool; they can make much more dramatic bends.

I regularly use the site you cited (scfbio...) to generate idealized straight DNA segments for illustration purposes. It is not sequence-dependent. For an actual solved structure you can extract specific chains from existing structures containing DNA (e.g. RNA polymerase II structures by the Cramer group). These structures will have their own sequence, not your specific one, and will be distorted by protein-DNA interactions. Other than that, there likely won't be a PDB structure of your specific sequence. And even if there was, the conditions likely would differ from the ones your structure was acquired at. I may be entirely off, but it sounds like you should be fitting individual bases, sugars and phosphates, not continuous poly-d-nucleotides. 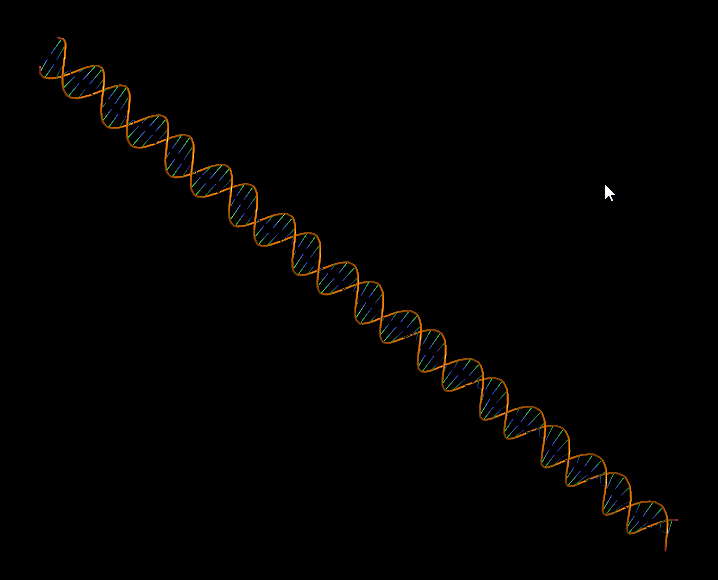 Not the answer you're looking for? Browse other questions tagged dna pdb docking or ask your own question.

6
State of the art in predicting Translation Initiation Sites
20
What is the fastest way to get the reverse complement of a DNA sequence in python?
1
Visualizing protein-ligand interactions with LIGPLOT or any other suitable software?
2
How to extract subset of protein structure (PDB format) file based on a subsequence of that protein
1
Best way to dock subset of protein PDB and definition of a ligand
1
How to calculate RMSD and binding energy from the already docked ligand-receptor
1
building complex drug-dna for AMBER software