Is there a way to quickly verify the presence of some SNPs in Fastq files?

Is there a tool that can scan fastq files without assembling them for a custom list of user defined snps?

Here's a start tutorial on this: http://ged.msu.edu/angus/tutorials-2013/snp_tutorial.html

You could use ARIBA, which will map you reads to the regions of your interest (more on that in a second) and then assemble/call variants. 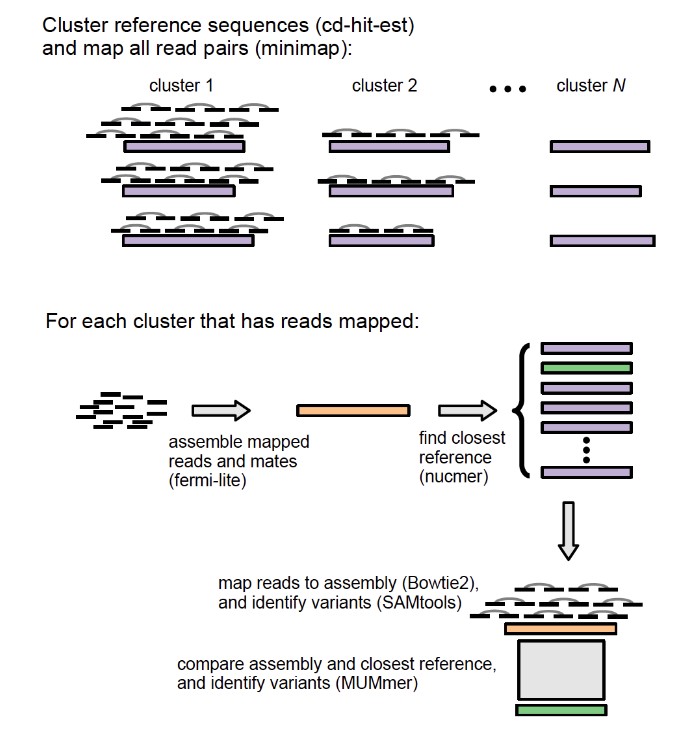 The tool is mostly used to find known variants related to AMR (antimicrobial resistance) from a set of databases, but according to the project's wiki you can build your own database with your region of interest.

Not the answer you're looking for? Browse other questions tagged fastq vcf snp or ask your own question.

20
What is the fastest way to calculate the number of unknown nucleotides in FASTA / FASTQ files?
4
Find gene at position from gff or gbk file
9
How to get the count of each kmer past 255 using khmer
3
Generate SNP/indel annotation in Arabidopsis
1
Non-random access on a fastq file
3
Selecting 65000 SNPs where AF is close to 0.5 in all or most populations
6
Convert BAM to properly paired FASTQ files
3
Tool for calibrating base quality scores?
1
How to convert txt.gz into fastq.gz?
1
How to convert multiple single-end bam files to fastq using samtools