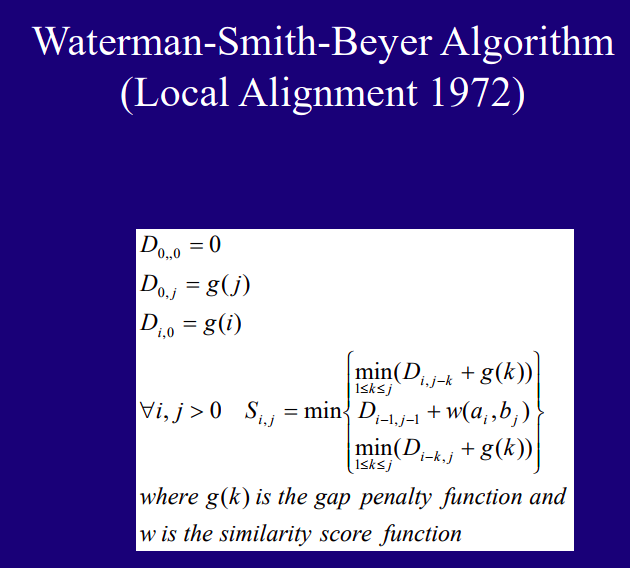 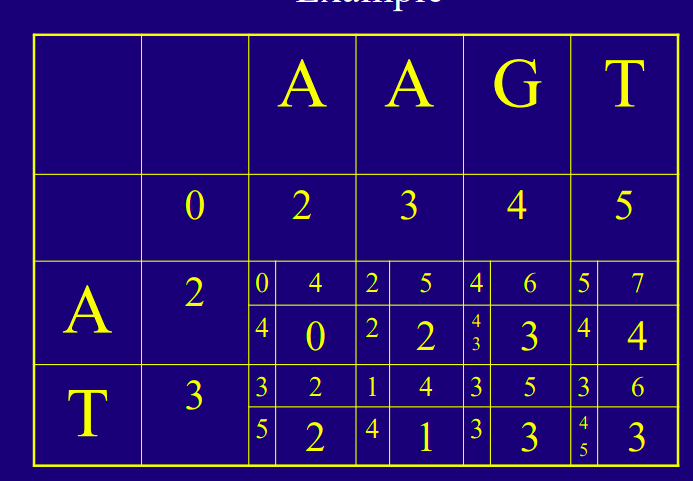 I am not sure where the 3 and 4 come from or the 4 and 5 in cells 1,3 and 2,4. I'm not understanding how the affine gap penalty works here. I understand how the linear gap penalty worked in the Needlemen_Wunsch but not this.

The linear gap penalty has a cost which is directly proportional to the length of the gap: the gap costs 1 unit per consecutive missing base.
The simplest case is assigning each unit (= each missing base) a penalty of 1:

Or more generally, if you want to increase the penalty per base to 2, 3 or n:

The affine gap penalty has a cost that follows -as its name conveniently states- an affine function.
The idea behind it, is that any gap in an alignment has a cost with two components:

The general formula for the cost is then:

Compared to the linear gap penalty, this will give a small bonus to longer consecutive gaps compared to skipping one nucleotide, matching one, skipping one again etc (because in the case of longer gaps, you only pay the opening penalty once, so the global cost per base decreases).

So you choose the lesser penalty and go with 3, which is the number selected in the bigger box.
The explanation is the exact same one for the other cell you mentioned.

The formula your slide shows describes a dynamic programming with a general gap cost. Finding the optimal solution takes $O(n^3)$ time. No one is using the algorithm these days. This is the first time I see an attempt to fill a matrix with this algorithm. It is interesting, but I am not sure how it works. Although affine gap cost is a special case of general gap cost, the algorithm to find the best score is very different, so is the time complexity. With modern affine gap formulations, each cell holds three values:

The values in each cell only depends on the up, left and up-left cells in the matrix. You fill the matrix from the top left corner to the bottom right. This is an $O(n^2)$ algorithm, because you traverse each cell once. For more details, you can read this note. I would recommend to learn affine gap cost the normal way.

Not the answer you're looking for? Browse other questions tagged sequence-alignment or ask your own question.