How many reads has my sequencing run produced on minion?

I am running a 48 h sequencing protocol on a FLO-MIN107, on MinION, with DNA library-prepped with SQK-RAD004. MinKNOW is installed on my Mac and controlling the MinION. I have found the following histogram in MinKNOW. What do the numbers mean? In particular, how many reads have been produced? I understood that the events are consecutive electrical signals and are then transformed into reads? Do I have 4029 reads? The run has started 24 hours ago. 4029 reads surely is really low, isn't it? What does 4,120,722 mean? 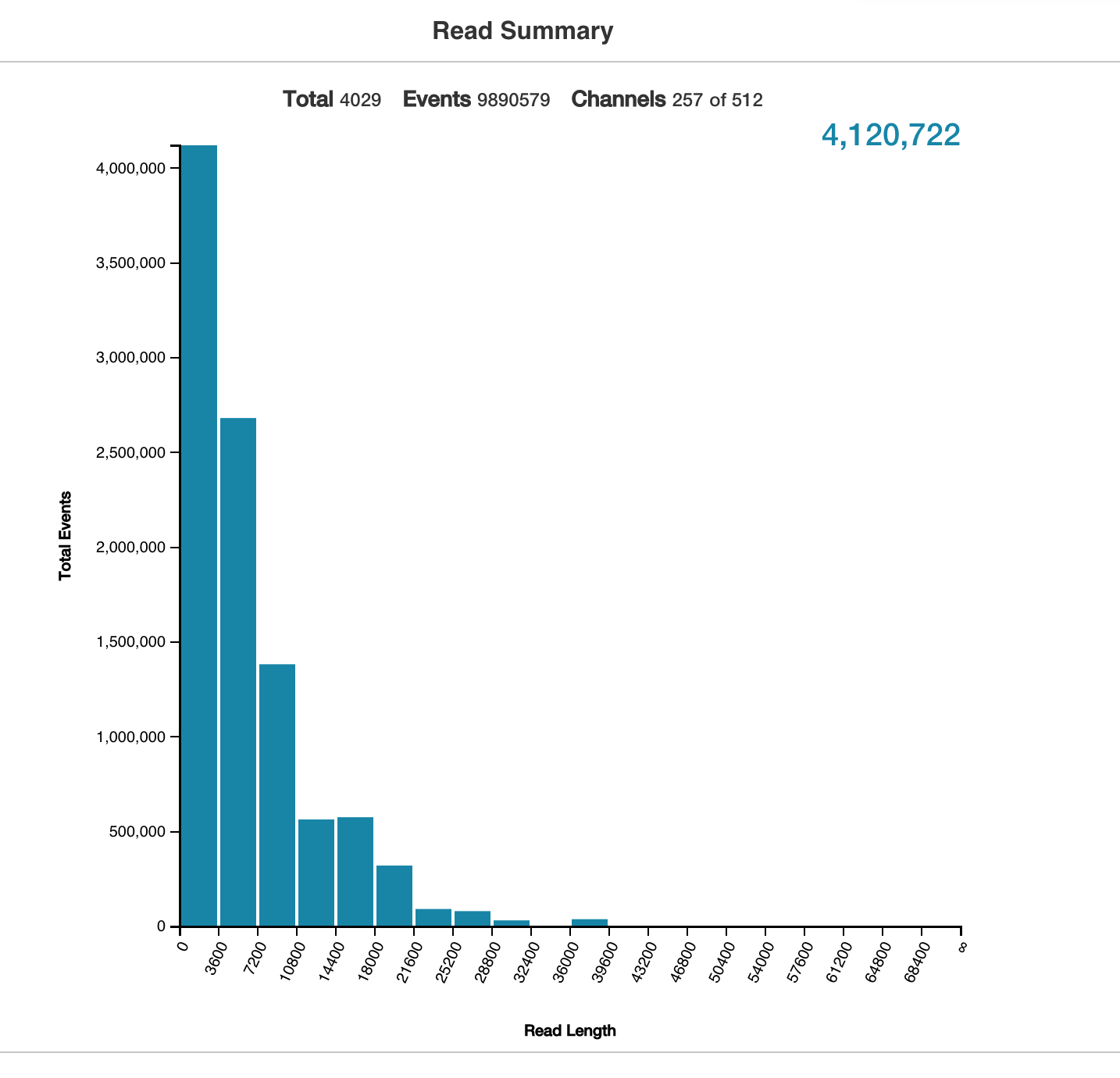 The Platform QC of the flow cell was as follows:

Events is an approximation of nucleotides: it's a guess based on the current signal. As far as I know if you multiply this by 1.8 you get approximately your throughput in nucleotides.

The 4,120,722 is the number of events in the currently selected (mouse hovering?) bin of the histogram.

Not the answer you're looking for? Browse other questions tagged nanopore sequencing minion long-reads minknow or ask your own question.

13
Is it possible to perform MinION sequencing offline?
14
How can I improve the yield of MinION sequencing runs?
9
How do you generate read-length vs read-quality plot for long-read sequencing data (e.g., MinION)?
4
Simulate fast5 MinION run
5
Can I use my computer while MinION is sequencing without negatively affecting the run?
4
Can I stop my nanopore sequencing run if there are no more reads being produced?
7
Extracting strand specific reads from MinION cDNA-PCR protocol
5
How to simulate nanopore reads?
4
How does MinKNOW classify 1D reads as "pass" or "fail"?
1
How do I tell that a MinION run has finished based on the files produced?