How to interpret the SMRT Link base modification algorithm output?

I have got PacBio data from a Sequel machine at a coverage > 50X. I have run it in SMRT Link with their Base Modification Detection algorithm. I am now trying to figure out how to interpret the output and where to find the information about the modified bases. One of the outputs is a GFF3 file. The top of this file looks like this:

I expected something along the lines of 'chromosome I position 1497 methylcytosine', etc.

So it seems that the algorithm has detected modified bases at the following positions but it cannot call them, maybe because of a lack of coverage?

Update: the screenshot below shows there is no CSV file in the Data tab of the completed analysis. 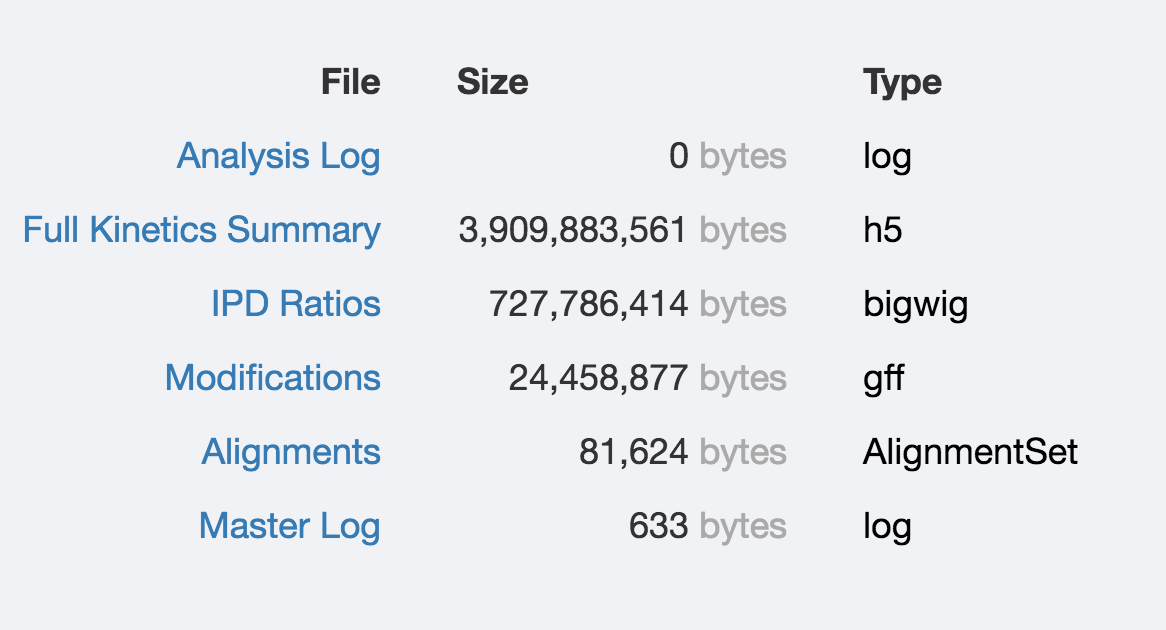 It sounds like you're looking for the modifications.csv file, rather than the modifications.gff file. The .gff file is for viewing in SMRT View (or other viewers). You can see schema for both files at PacBio's Methylome Analysis Technical Note. Specifically, modified_base means the algorithm could not determine the exact base and modification.

EDIT: Per PacBio's Methylome Analysis Technical Note documentation, the .csv "...is also produced when motif analysis is not active, such as with the RS_Modification_Detection analysis protocol." Not sure why it's missing, perhaps because the algorithm couldn't clearly identify any of the modifications. You'll probably need to contact tech support on this issue.

In either case, the .gff you posted includes the significant hits (p < 0.01), but the algorithm was unable to classify them, likely because of insufficient coverage. PacBio's Methylome Analysis Technical Note documentation gives specific coverage recommendations for each event type, but 100x is the lower bound. Lots of good information there.

Probably not what you wanted to hear, but I hope that gets you going.

Not the answer you're looking for? Browse other questions tagged long-reads pacbio or ask your own question.

0
How do you set the coverage in PacBio's Sequel II?