What could be the reason for the samples not clustering?

I'm performing RNA-seq analysis. I have used Hisat2 for aligning reads to the genome and stringtie for quantification and extracted read count information directly from the files generated by StringTie using "prepDE.py" mentioned in Stringtie manual. With the counts data I have used edgeR for Differential analysis.

Before that I have seen MDS plot showing in the following way: 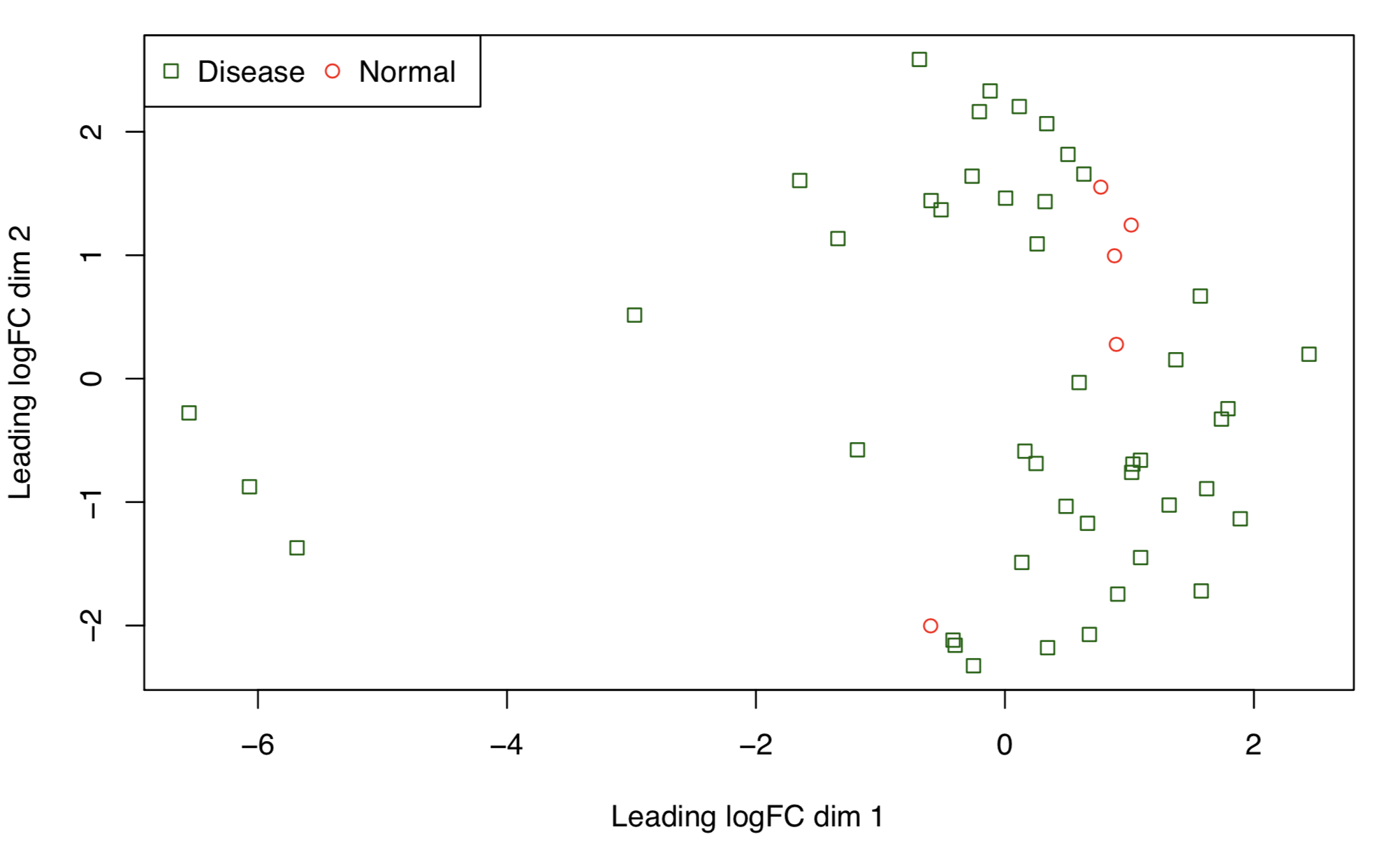 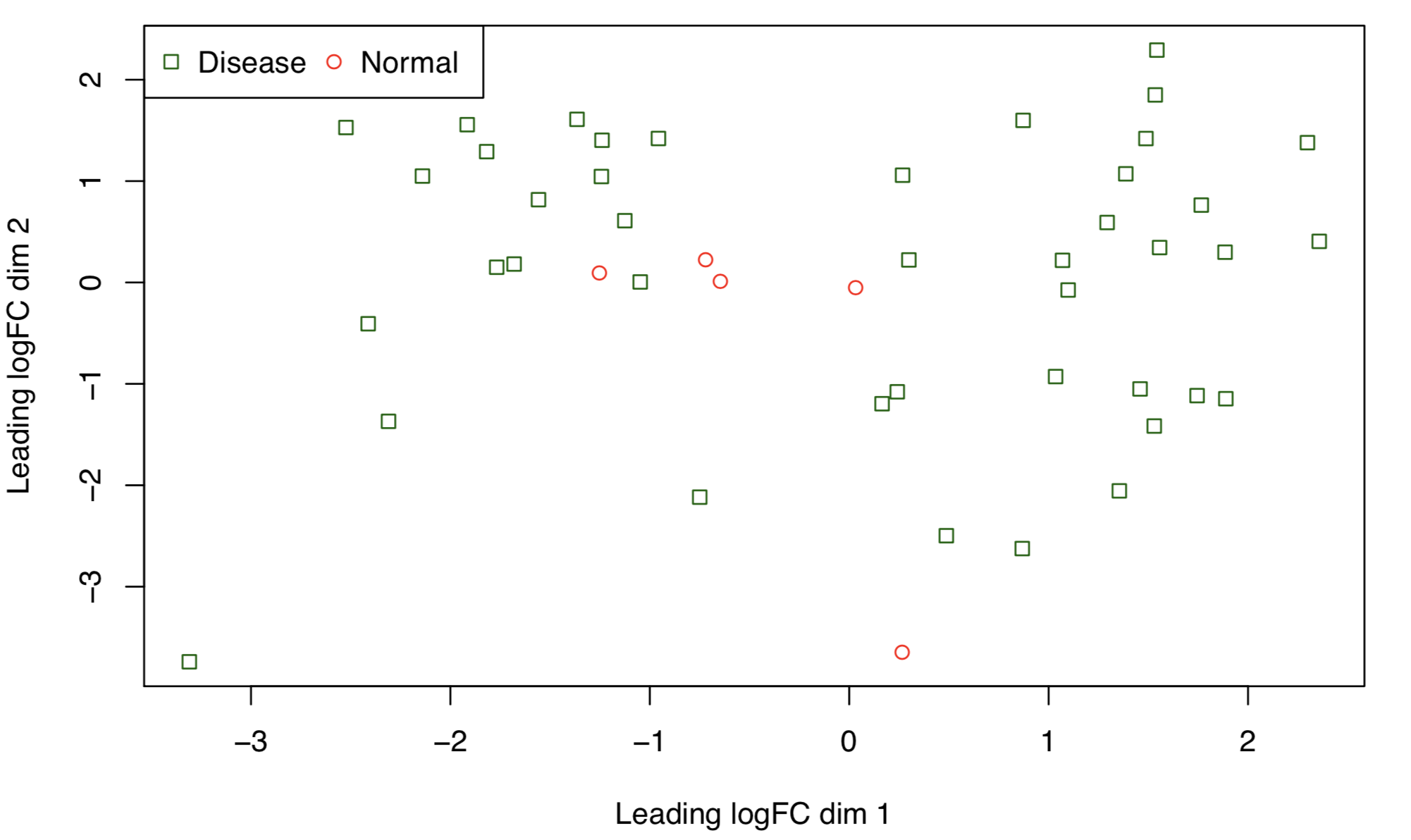 Can anyone tell me what could be the reason for this type of clustering? Is that because of sequencing? or using count data directly from stringtie or anything else?

Samples will only cluster by experimental group if the experimental effect is large enough that it's the primary source of variance between your samples. If that's not the case then you'll get results like you're seeing. Whether that's a problem or not ends up depending on how large of an effect you expect to see. If your groups are different stages in differentiation or another large effect, then you expect that samples will cluster into groups. If you're looking at something like some large unaffected tissue in a disease vs. normal state then seeing a cloud of points is quit reasonable.

If you want to force condition clustering, identify the genes that are differentially expressed, and only use those genes for the principal component analysis.

Not the answer you're looking for? Browse other questions tagged rna-seq r rna clustering edger or ask your own question.