What are phantom peaks in ChIP-seq?

I've seen two uses of this term that seem to refer to completely different phenomena. Is my understanding correct?

This is almost right, but it's missing a little context. In ChIP-seq, it's typical to shift the positive and negative reads because otherwise the peaks end up offset from each other. The amount of shift is determined by trying different shifts and measuring how well the read densities correlate between positive and negative strands. In the question, the first sense talks about a peak on the plot of read density vs genomic position. The second has different x and y axes because it's talking about the cross-correlation between strands. X is the offset between positive and negative strands, and y is the correlation observed at that offset. Look at figures 4D,E in this ENCODE paper for visuals. 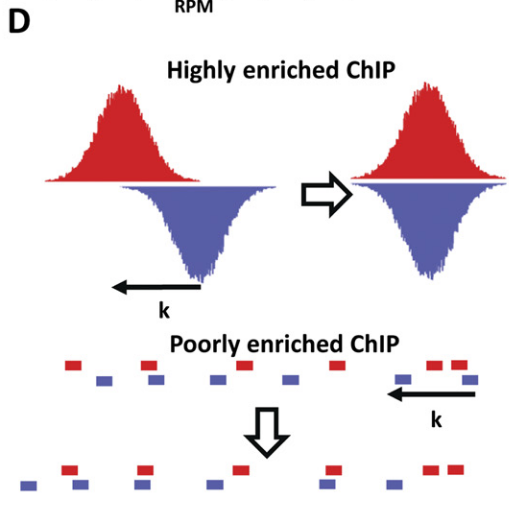 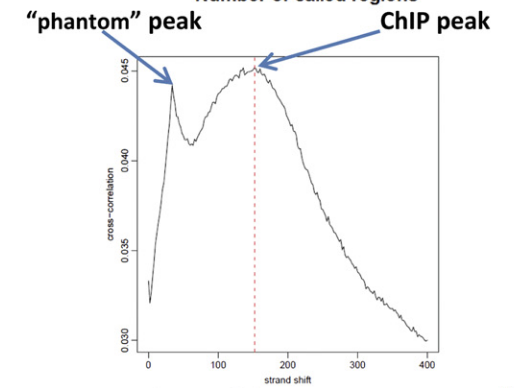