How to find correlation between two specific genes in same dataset?

1) do I need to convert the counts to some other units?

I currently have counts returned by featureCounts:

I tried this way:

I have an error:

I want to look at the correlation between ESCO1 and ESCO2. Can anyone tell me how to do that and plot with a small example.

Here is a small example in R, assuming your matrix or data frame is named m:

I'm answering my own question. I tried this way. 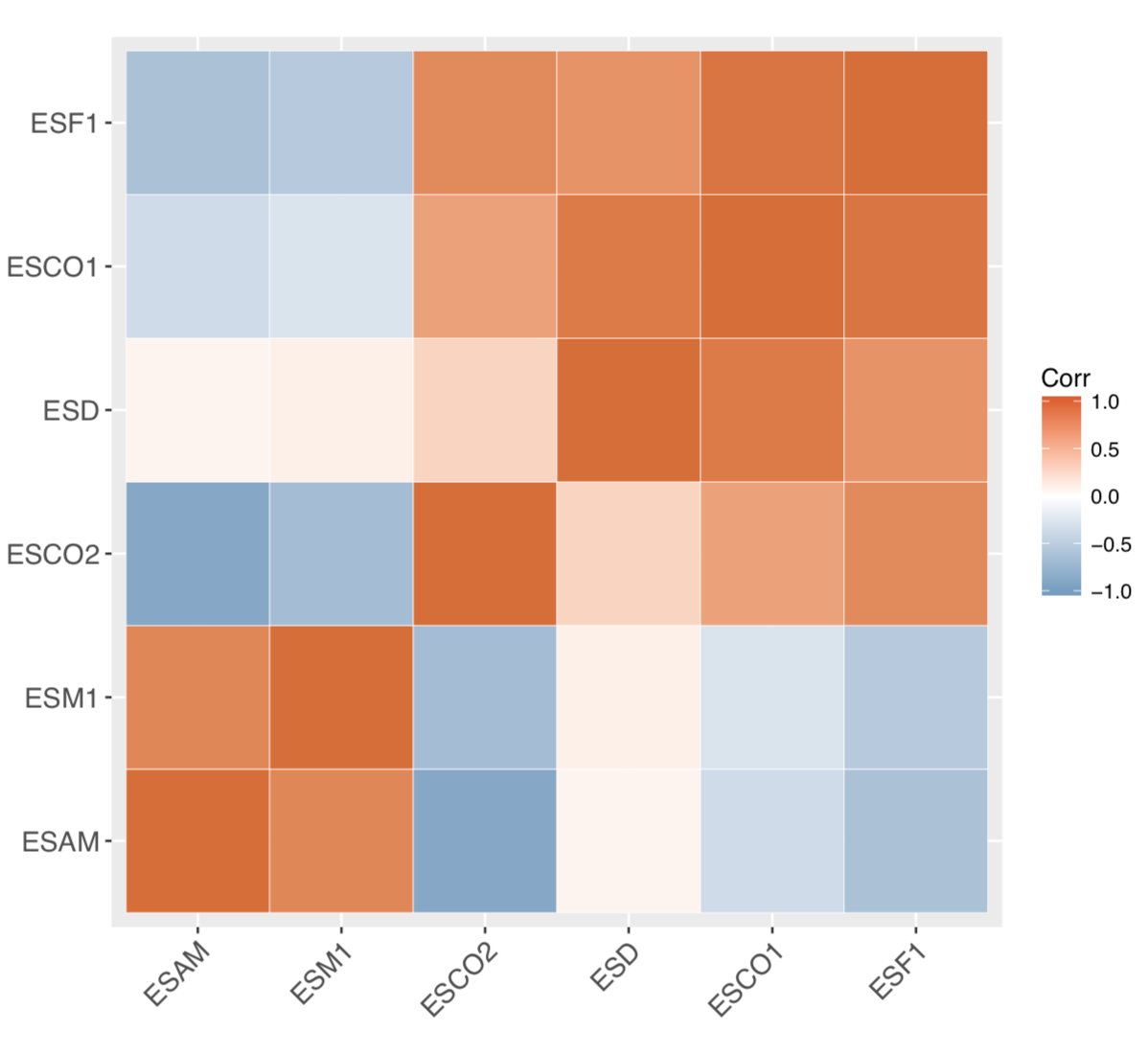 You can represent, and calculate, the correlations using psych:

Not the answer you're looking for? Browse other questions tagged rna-seq r gene bioconductor or ask your own question.