I am working on the Rivanna cluster that is of SLURM-type. Because of that I do not have write permissions and need to install the newest R version myself locally, and use it. For it to be successfully built from source, I needed to also build from source libcurl4-openssl-dev, so I downloaded tar.gz file from here:

Then, in the same way I built from source R 3.5.1, the latest current version. It was compiled without any errors, but with some warnings. Then, I submitted the R script that uses SCnorm package:

Inside of the script I am having:

Of course, I am submitting it through .slurm file where I have the main command:

It fails, apparently because SCnorm requires RCurl, but it can not get one, even though in the log file it is trying to access it correctly: 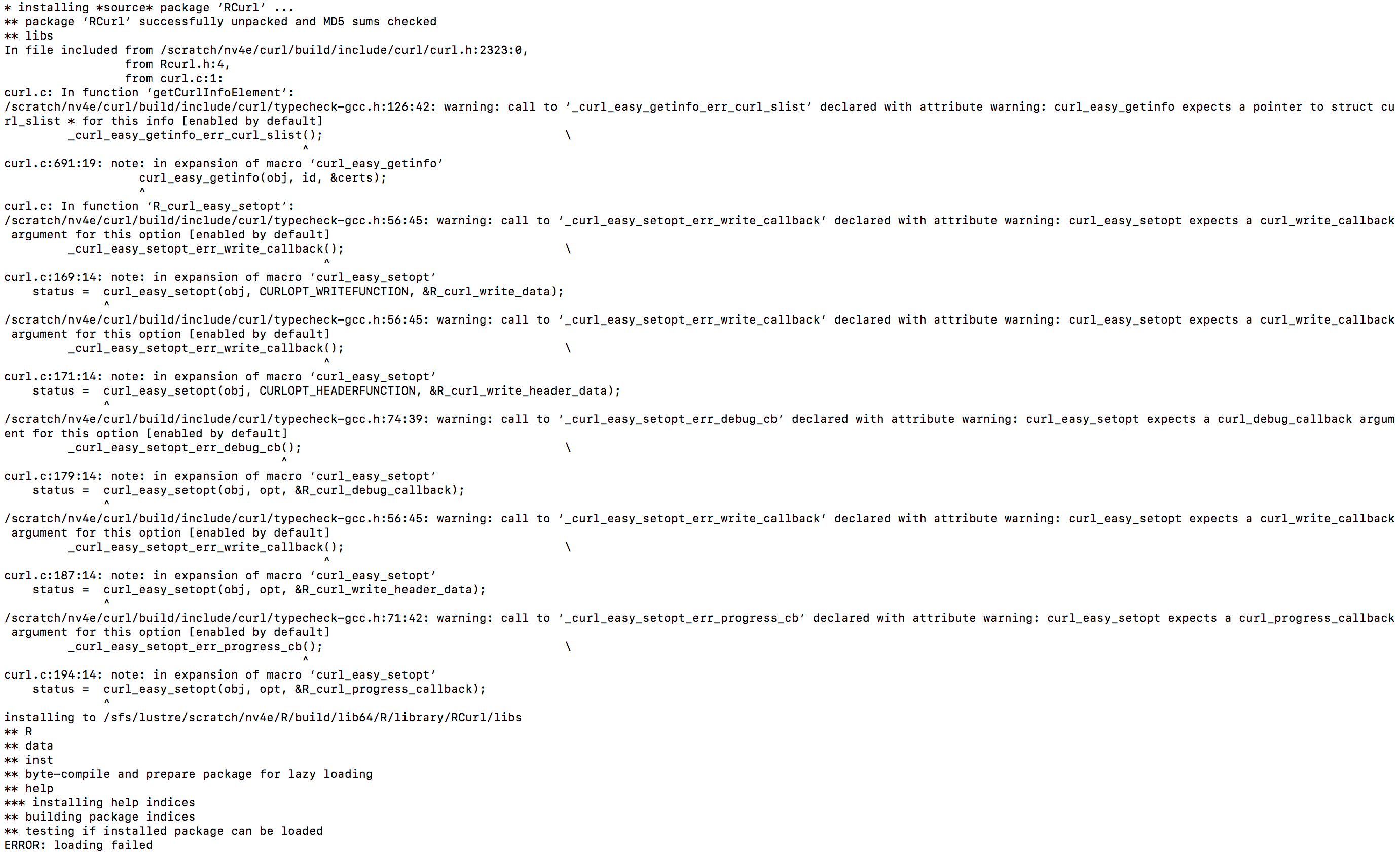 The libcurl library was built from source in the /scratch/nv4e/curl/build folder. The only suspicion that I have here is that maybe its version is wrong and SCnorm needs another libcurl version? Any suggestions would be greatly appreciated.

I tried reinstalling libcurl library from the official website, using the latest version:

This is a bug affecting the curl compile, it's been reported here and also here, I suggest trying to compile from the newer release of the libcurl source rather than the .deb you linked.

Not the answer you're looking for? Browse other questions tagged r scrnaseq rcurl or ask your own question.