In "RNA velocity of single cells", La Manno et al. look at ratios between spliced and unspliced mRNA as a way of estimating the velocity of a cell through transcriptome space.

Tissue-specific alternative splicing or degradation rates certainly could account for these patterns, but how do La Manno et al. rule out that some tissues are simply not in a steady state? The figure they cite (screenshotted below) uses data from the Tabula Muris adult mouse cell encyclopedia. In an adult mouse, not all cells would not be expected to be in steady state -- for example, T-cell progenitors from the thymus and epithelial cells in many organs undergo continual replenishment. 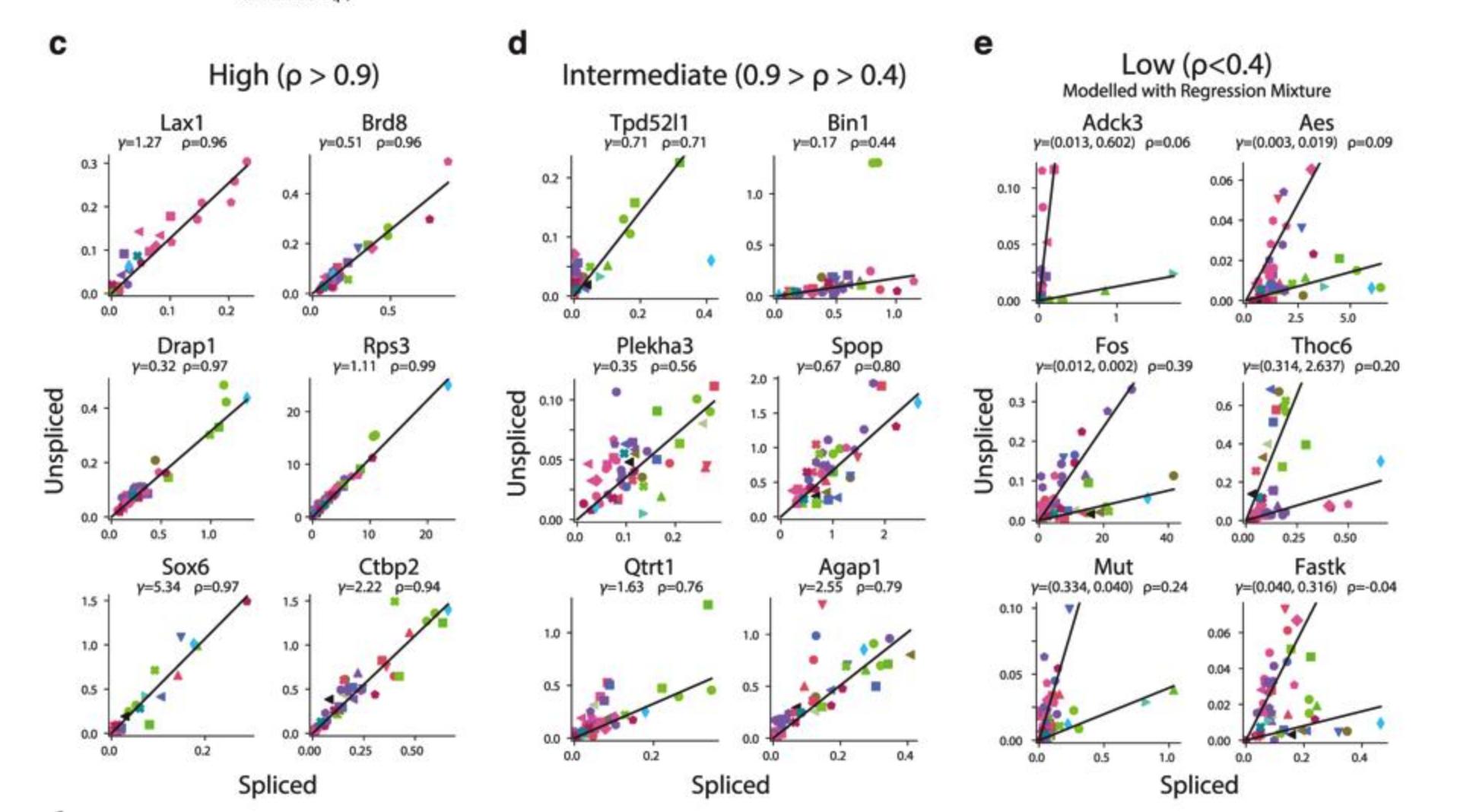 In addition to Devon Ryan's data-driven answer, I've found a clue in the text. La Manno et al have not used the full Tabula Muris: the figure legend indicates that they used only terminally differentiated cells.

Not the answer you're looking for? Browse other questions tagged rna-seq scrnaseq rna-splicing or ask your own question.