Why the t-test for a specific gene shows different value compared to differential analysis?

I have RNA-Seq data for LUNG cancer. 370 tumor and 50 Normal. For differential analysis initially I did some filtering and kept approx. 19k genes for further analysis. I used edgeR.

Among the 3000 differentially expressed genes I'm interested in a gene OIT3.

I see the above gene OIT3 is Upregulated. Why I see logCPM with negative value?

And I plotted the logCPM expression of the above gene and did a t-test which gave pvalue 0.1 which means not significant. 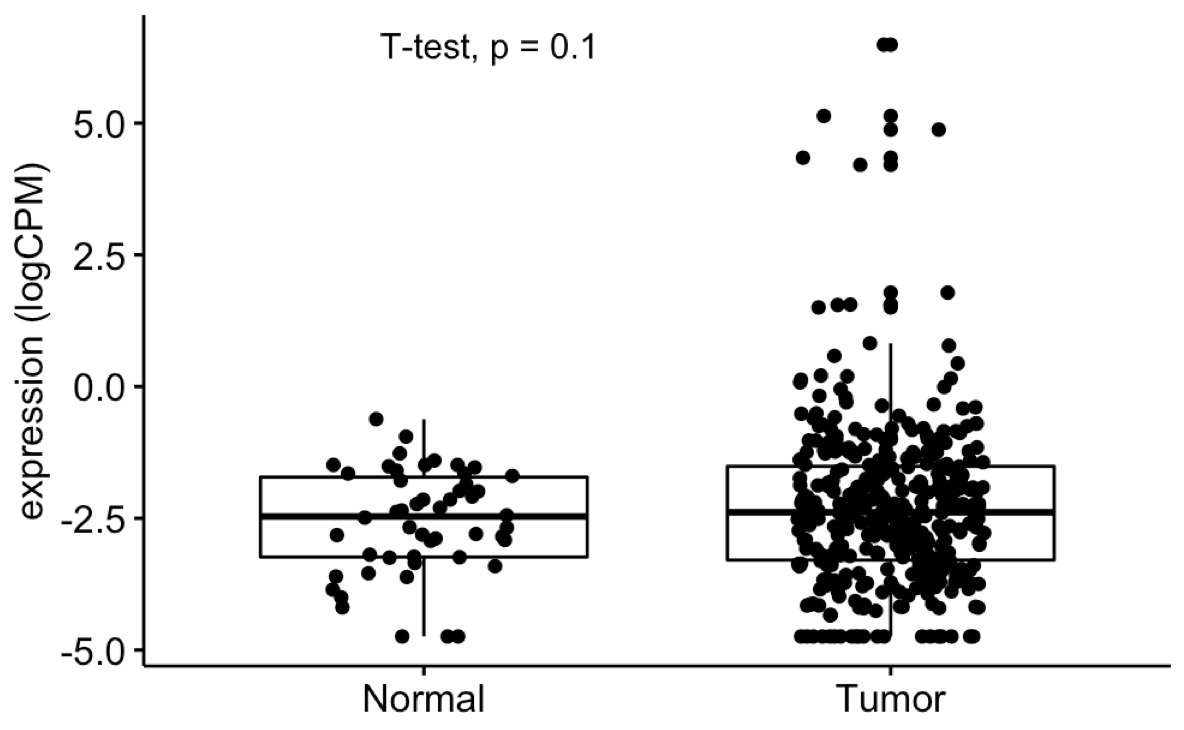 1) I see the gene is differentially expressed with Differential analysis using edgeR. Why I see logCPM with negative value?

2) With t-test why it is not significant?

I encourage you to read the edgeR paper and likely that of Limma too.

There is no reason your t-test should reproduce edgeR. In fact, edgeR exists because t-test is inappropriate.

edgeR does the tests by pooling information from all genes, because with the low number of replicates your t-test doesn't give sufficient statistical power.

What you need to do is: check visually your gene and make a decision yourself based on graphical results and edgeR results if your gene shows biologically significant.

Not the answer you're looking for? Browse other questions tagged r rna-seq rna cancer gene-expression or ask your own question.

3
Detecting differentially expressed genes with foldchange >= 2 and FDR < 0.05
1
How to calculate logCPM across all samples?
2
Selection of differential expressed genes
4
Why are my Chi-squared test results different from those in a published table?
1
Strange p-value histogram for differential gene expression analysis
3
Removing Batch Effect in Heatmaps after Differential Gene Expression Analysis
0
Determining what RNAseq data is filtered on volcano plot
1
correlation coefficient versus DEGs analysis: what's the best approach for low expressed genes?
2
DESeq2. Which is better: using the altHypothesis argument in the results function or manually filtering for your desired P-value and Log2FoldChange?