I constructed a phylogenetic tree using mole blast, and it created a neighbor joining tree, so I used the alignment of those sequences with mine (1-43) in mega with TN93+G+I model but I don't understand how to interpret why my species in question (29) is so much different (or maybe novel?).

Attached is my original tree (Picture 1) and my bootstrap analysis (Picture 2): 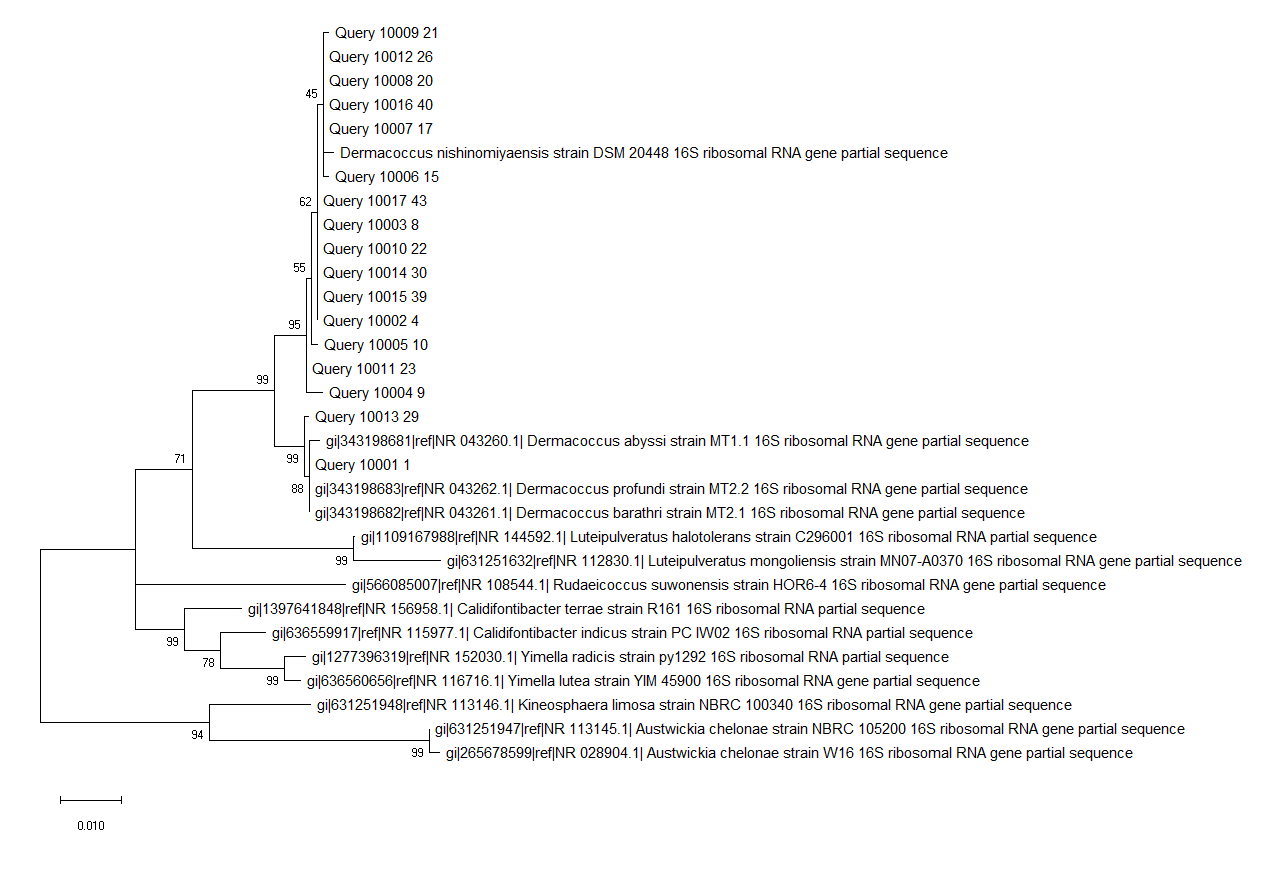 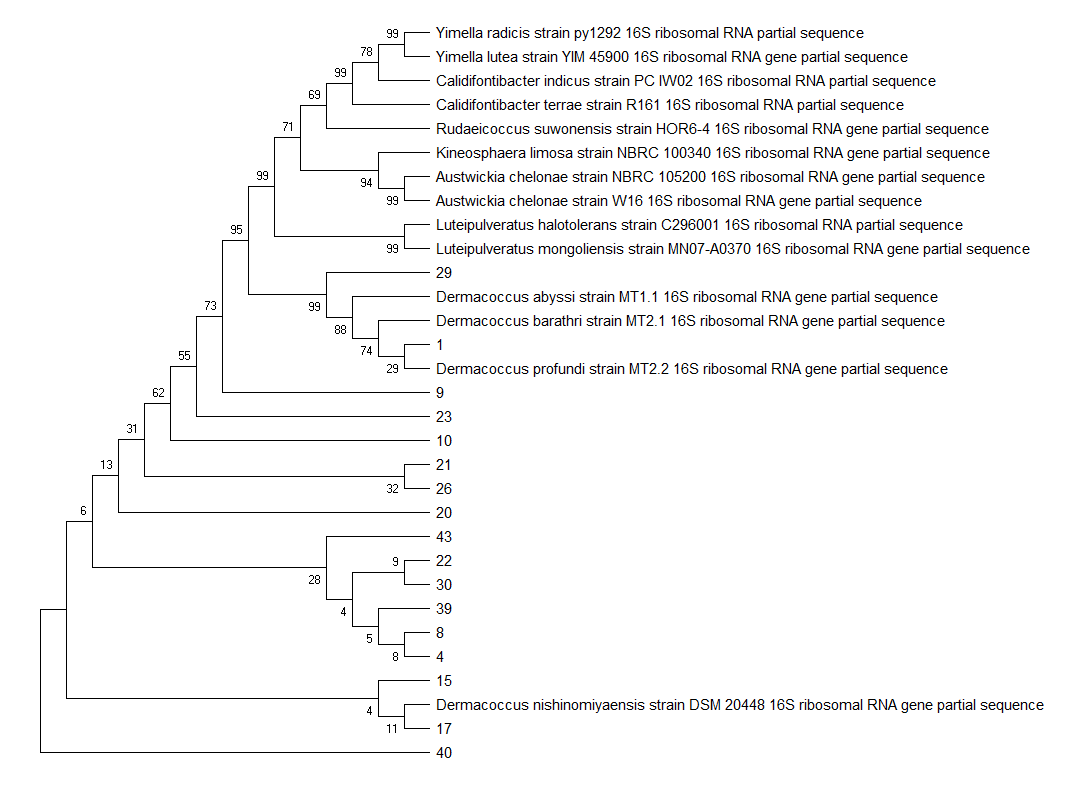 The top phylogeny is likely mid-point rooted, but I suspect the rooting is fine. The lower diagram has been rooted on the query sequence. It is taxonomic analysis using 16S which in bacteria is considered to represent species delineation at a given percentage of divergence. I thought it was 5%, which is impossible based on the phylogram in the top picture.

Bootstrap values lower than 80% mean that the clade is not supported (monophyletic group is a better term). The delineation between 10001 and 10013 against the massive ingroup of 13 16S sequences is robustly supported by bootstraps of 95% and 99%. The divergence between them is around 2%. There is no taxonomic distinction between the 13 16S sequences based on the phylogram.

One question is whether this is full length 16S? If it is there appears to be a species designation confusion in the lower clade supporting 10001 and 10013 because it is identical to to Dermococcus species and there is no way to assess which one is valid, nor whether they are really members of the same species. The very small divergence suggesting in D. abyssis might also call this into question. 10013 is in fact a robust outgroup to 10001 and the three Dermococcus spp. but the genetic distance involved is small.

However, this is not the major result. You have recovered what appears to be a large population (if that is how you sampled it) with close genetic homology to Dermococcus strain DSM20448. Given the complexity of species lineation within this genus it is impossible to say whether this represents the same species as DSM20448 but you could call it a "species complex".

In summary, I wouldn't get caught up in systematics because in this genus its a bit messy. I would focus on the population structure and these results are very clear.

Not the answer you're looking for? Browse other questions tagged phylogenetics phylogeny or ask your own question.