Why does a missing label 11plex TMT shows up at almost 50% intensity compared to other labels?

We have a test plate that was done with 10 of the 11plex TMT labels. So, the intensities of the 11th label should be almost zero, plus the leakage from the 10th label due to 13C content. Although we observe a substantial drop in the intensities, we see ratios up to 50 percent compared to the highest reference intensity, which is the maximum of the intensities of the other labels, if we sum up the intensities for all proteins. For individual proteins the intensity sometimes is higher than for all "real" samples. Only talking about proteins that are identified "Confidential". Is that something you would expect? Is this due to the normalization?

I was using Reporter 0.7.17 from command line without specifying a reference sample. Pretty much default configuration and based on the default protein report. 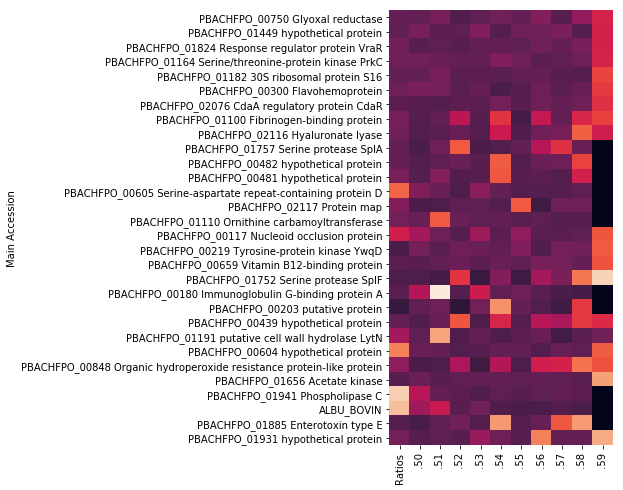 The developers answered along these lines: This might be a normalization artefact. Reporter is normalizing the ratios so that the median is 1. So, if the label is almost not present the noise gets increased. To check that you can turn of the normalization. This function is currently not documented. The developers are working on it though.