I am currently trying to understand the purpose of these PCHeatmaps - part of the seurat package in R: 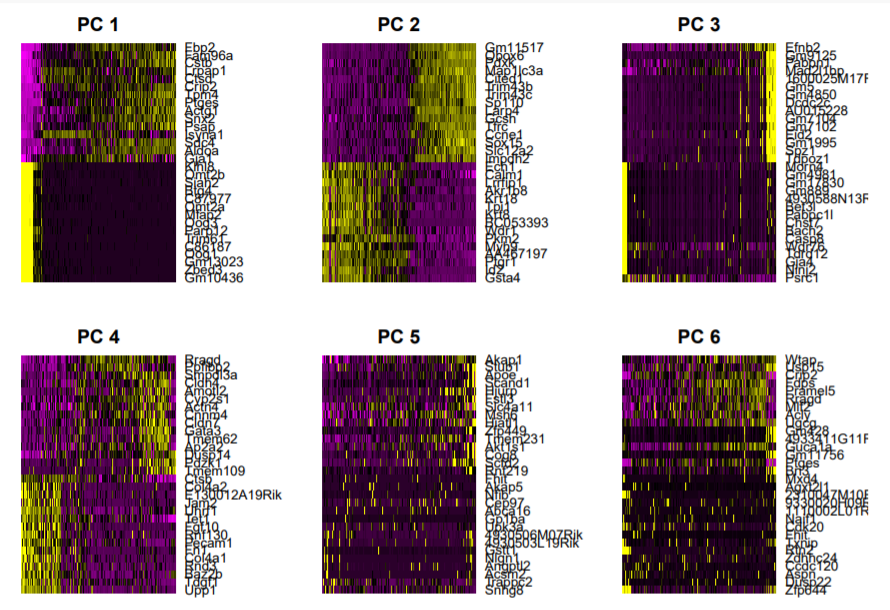 All the online documentation I have searched for has only highlighted how it is used to observe heterogeneity in the data.. This much I understand.

The PCHeatmap function (renamed DimHeatmap in Seurat v3) can be used to help determine the number of principal components to use in downstream analysis, as well as to visualize the top genes contributing to each PC.

In your case with PC1 and PC2, my conclusion would be that PC1 and PC2 both strongly separate different populations of cells. For PC1 there is a smaller population with very strong separation, and PC2 splits the cells roughly in half.

You can also set the cells.use parameter (renamed cells in Seurat v3) to only show the top n cells for each PC which can help with visualization.

Not the answer you're looking for? Browse other questions tagged r scrnaseq statistics seurat pca or ask your own question.