Discordance in gene signature behavior between bulk and single-cell RNASeq

The objective of the following analysis is to identify an activation signature of a specific phenotype on bulk RNASeq and to apply it to single-cell RNA-Seq, in order to identify the population of activated cells in scRNA-Seq samples.

In the first step I used DESeq2 to identify genes that increase during different timepoints (I have 4 timepoints):

As a control, I plotted the activation score (computed with scanpy) based on the 24-gene signature applied to the bulk samples from which it has been extracted. As you can see, the score always increases from the first timepoint (blue) to the last (red). 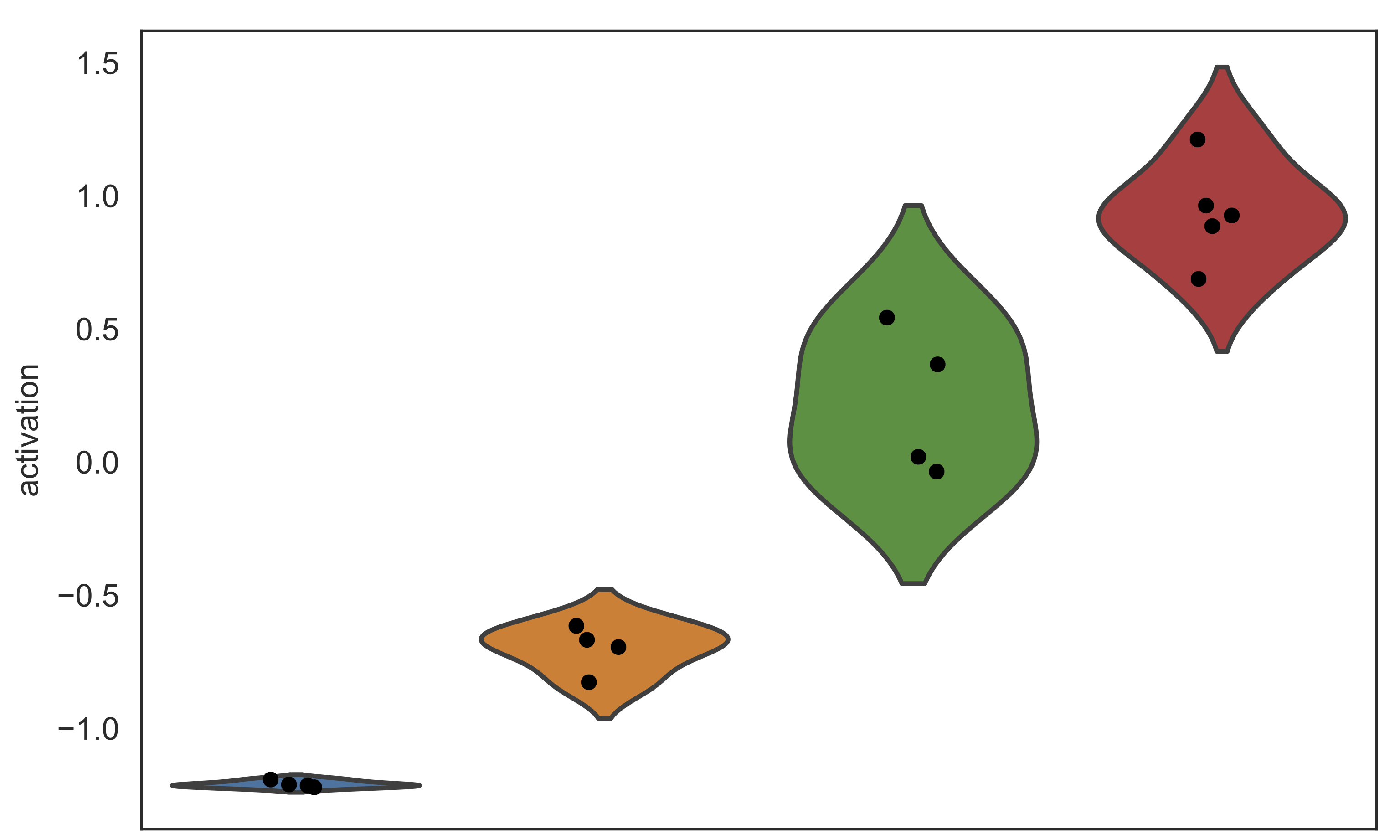 However, when I use the same scoring procedure on a single-cell RNASeq sample containing the same populations, I think something may be wrong. 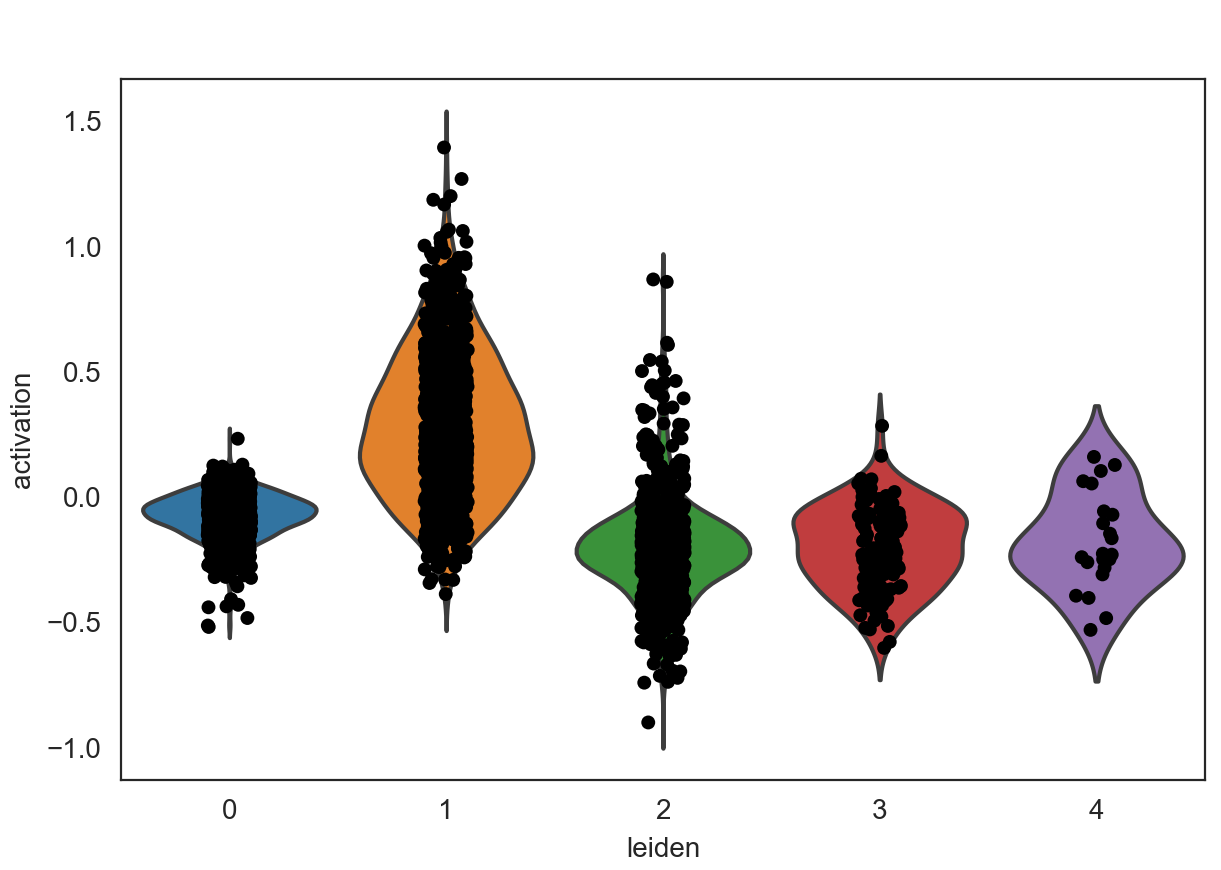 What may be the causes of this behavior? Right now the possible explanation I came out with is that:

Are there other possible explanations for this behavior, and how to check for them?

One explanation could be that your mapping of clusters to timepoints is not accurate. There are other methods you could look at for doing this, for example scMap, scPred, or Seurat v3 (disclosure: I am one of the Seurat developers).

Another possibility is that there is some problem in the calculation of the activation signature. You could instead look at the expression of the 24 genes themselves in each cluster (for example by drawing a heatmap).

The difference between bulk and single-cell here could also be biological. This could happen if the increase in expression of those genes in bulk was due to a change in cell type frequency over time rather than increased expression.

Not the answer you're looking for? Browse other questions tagged rna-seq scrnaseq normalization tpm or ask your own question.

5
What are the ways to process a list of differentially expressed genes?
3
Can gene co-expression networks be used to help identify differentially expressed genes?
5
How can I specify to DEseq2 to only perform comparisons on which I am interested with?
5
Specific cell type identification in Single Cell Sequencing
2
How I can reproduce this heat map
5
How to normalise scRNASeq data for differential expression analysis
0
Cluster is split in 2-3 locations on tsne plot - Suerat
1
Understanding Single Cell RNAseq Plots
2
Batch effect correction using a subset of samples - using DE genes