I am working with single cell RNA-seq data. I obtained the squared coefficient of variation (CV²) as a measure of gene expression variability:

I want a metric to express gene expression noise that eliminates/takes into account the observed relationship between CV² of a gene and its mean expression so I can compare this metric across genes/conditions: 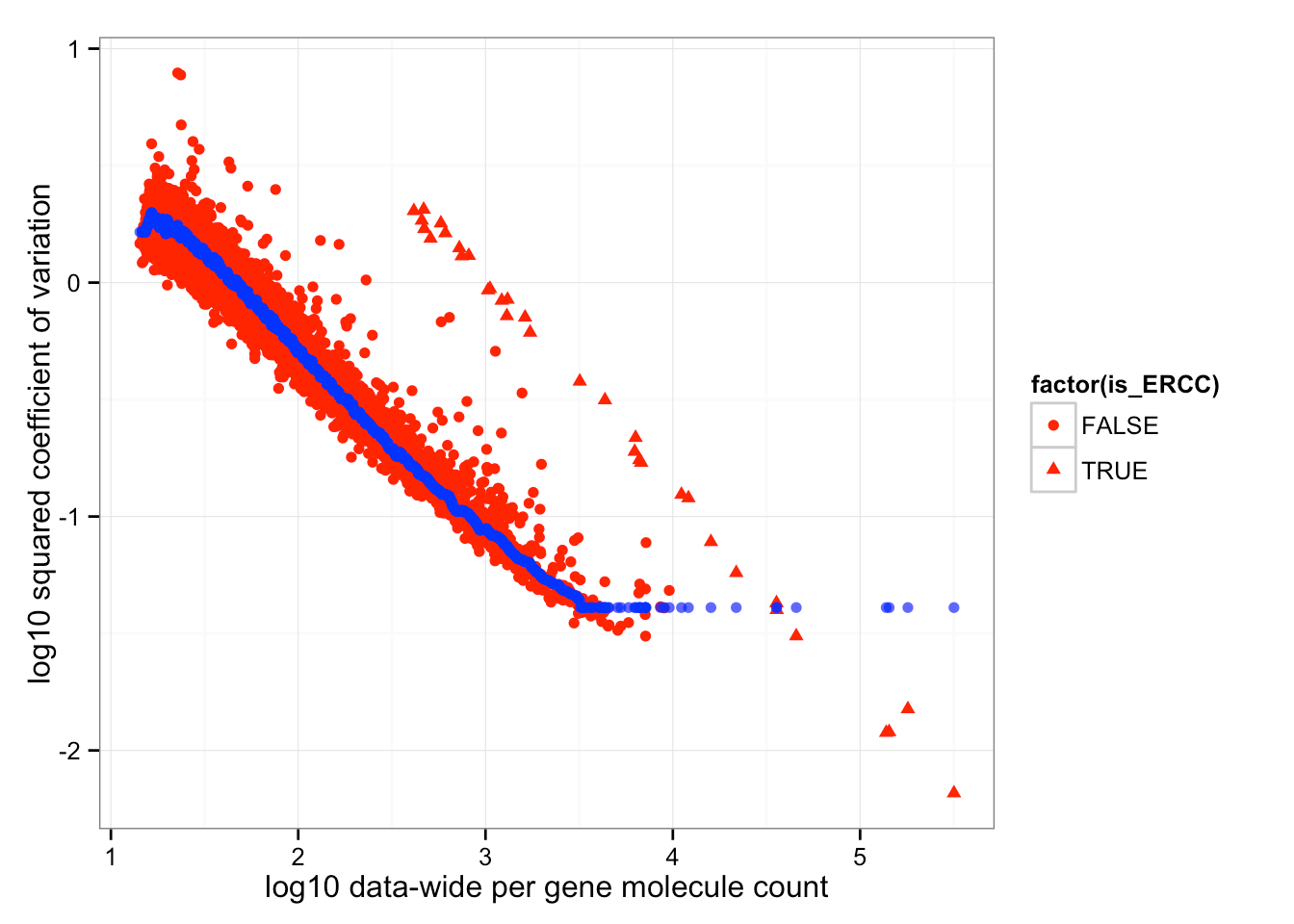 So far I have found two metrics that try to tackle this problem:

A median-based trend is fitted to the log-transformed CV² against the log-transformed mean. The DM is defined as the residual from the trend for each gene. This statistic is a measure of the relative variability of each gene, after accounting for the empirical mean-variance relationship

Fit between the mean log2 expression and CV² using a gamma generalised linear model as parametrisation then computing the absolute deviation of the CV² values from the fitted CV² values.

Do you have any clue about which metric is better or if there exists any other similar metrics?

There has been a lot of work done on this problem already, particularly these two papers:

You should do both. Distance to median (DM) is the most powerful transformation IMO.

The important feature of the coefficient of variation which is more famously known as the index of dispersion (sd2/mean) is if:

An example of a uniform distribution are the distance between apple trees in an orchard. In general biological statistics IoD is rarely useful because many distributions are moderately over dispersed. This could be different however for transcriptomics. Thus if IoD results in a moderately skewed distribution you can comment on it, but its not worth taking further.

Distance to median appears to be a "non-parametric" standardisation and that is exactly what you are looking for here. Standardisation is a formal process of accommodating natural variation, e.g. time of day of the experiment, to extract the underlying trend. It is very common (in fact almost essential) in time series.

Not the answer you're looking for? Browse other questions tagged scrnaseq statistics gene-expression or ask your own question.