I'm currently analyzing two samples of eosinophil cells isolated from mouse lung and the samples are of very different quality.
According to the Cell Ranger summary 56% of the reads can be mapped to the transcriptome in the first sample and only 32% in the second sample. Also the number of cells identified in Cell Ranger are very different (5000 for sample 1 and 600 for sample 2).

When I look at the raw data in FastQC I see that the second sample has a lot of poly-A sequences in the R2 read that obviously can't be mapped to the transcriptome. 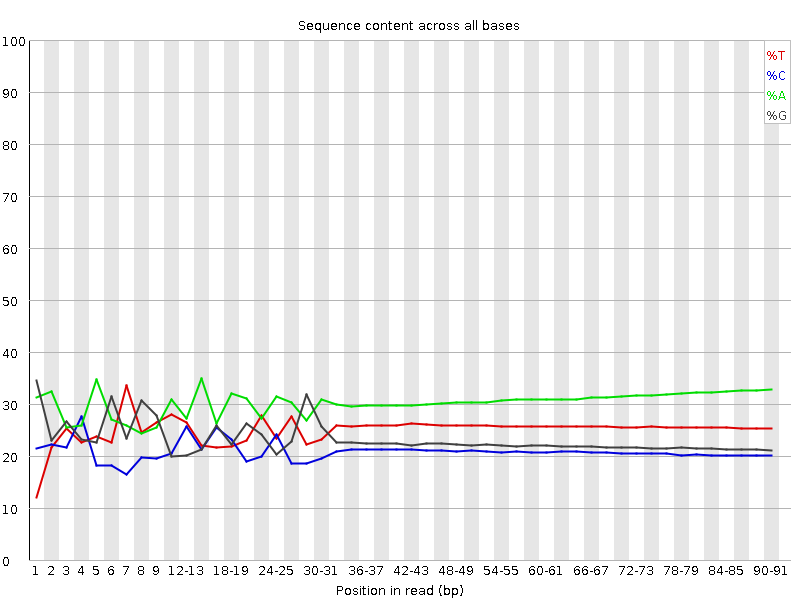 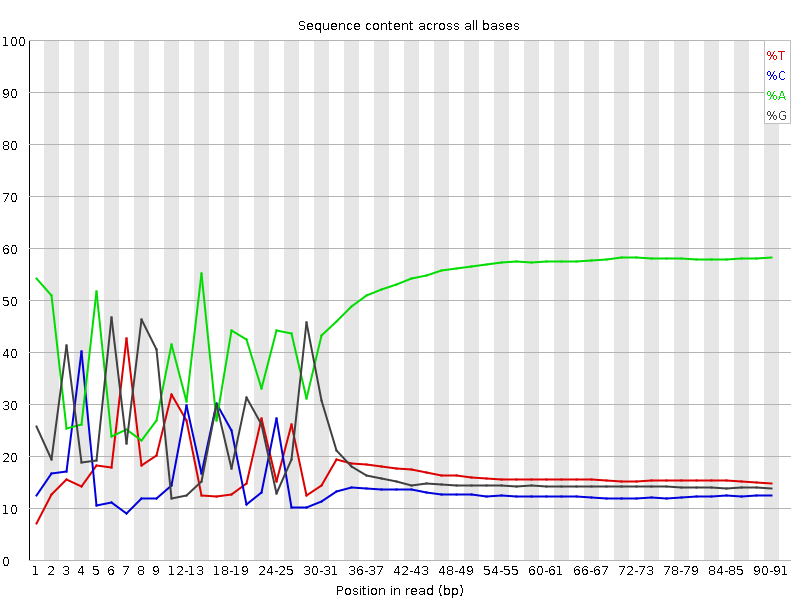 Also in many cases there is the following sequence in front of the poly-A:
AAGCAGTGGTATCAACGCAGAGTACATGGG

To me it looks as if most of the reads do not contain an insert and are primer dimers. Is this connected to the lower cell count in the second sample?
Maybe some of you have already seen something like this and have a suggestion on how to avoid such a problem in the future.

Perhaps it's an insert size issue. Can you get the post library construction QC info? You might also see this in the BAMs, with the first showing a full bell-shaped peaks, and the latter truncating the peaks at the cleavage site. (Most 10X datasets I've seen have very few reads traversing the 3' end cleavage site.)

I actually figured out what was going on some time ago:

The over-represented sequence is the template switching oligo (TSO) that is used for the synthesis of the second strand (the example is for the v2 chemistry but the principle is the same for v3 and later).
This is a simplified illustration from the 10x manual: 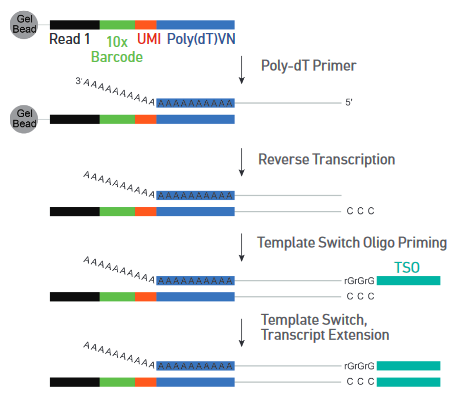 As you can see the cDNA insert should be between the polyA capture probe and the TSO. In the second sample there are many cases with no insert and the TSO is followed by the poly A sequence. Actually the TSO should not be present in the final read after addition of Illumina adapters. But without any insert the fragmentation does not work and many reads still have this technical sequence.
So @merv was correct. Many reads contain no insert.

Why did this happen?

Why were there many reads without insert in this experiment and why are some samples more heavily affected than others? As I mentioned, this were eosinophil granulozytes and these fellas contain many proteases, DNAses and RNAses to destroy invading pathogens. Unfortunately, they also destroy mRNA in single cell experiments.
Interestingly, the eosinophily in the second sample received an activating treatment and probably contained even more or more active RNAses.

Not the answer you're looking for? Browse other questions tagged scrnaseq sequencing 10x-genomics or ask your own question.