I am performing a gene set enrichment analysis to determine if particular gene sets are coherently up- or down-regulated. I have seen several statistics for computing a p-value of GSEA-style enrichment. I'm particularly interested in the differences between a mean-rank gene set test, like the one implemented in the geneSetTest R function, and the correlation-corrected version of the test implemented with the CAMERA method.

As I understand it, CAMERA corrects for correlation within a gene set, because a highly correlated query set violates the underlying assumptions and results in a bias toward more significant p-values. So, if I find a significant mean-rank gene set test p-value, but an insignificant CAMERA p-value, I conclude that my query set is correlated, hence the correction factor and reduction in significance.

How can I interpret the opposite case, where I find a significant CAMERA p-value but an insignificant mean-rank gene set test p-value? Does this imply that my query set is less correlated than expected, or that non-query genes are more highly correlated with one another? I feel like there's a clear connection between CAMERA's variance inflation factor and a reduction in significance, but I struggle to see how the correction factor can increase the significance over the mean-rank test.

I assume that you are talking about the implementation of these methods in the limma package. Otherwise this answer does not apply.

I think that your questions can be answered with some simulations where we can test with some "genes" with a known relationship: 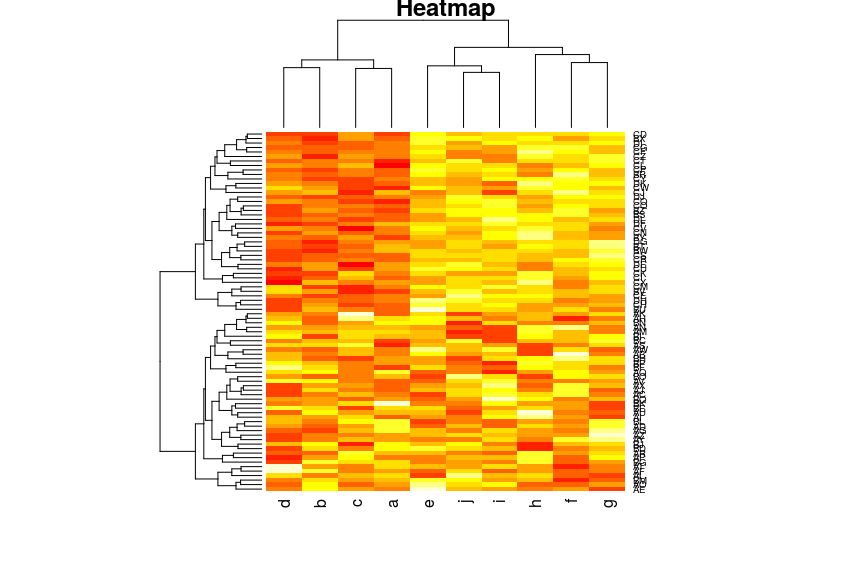 In this simulation we created three gene sets were the p-value of both camera and geneSetTest where significant, one where only camera was significant and another one where both were below the 0.05 threshold of significance.

As GS1 and GS2 are the complete opposite we see that they have quite different inter correlation, which leads to a different VIF. We can see that higher VIF or small doesn't mean that the gene set has lower p-value for camera.

How can I interpret the opposite case, where I find a significant CAMERA p-value but an insignificant mean-rank gene set test p-value?

I am unsure how to interpret that comparison. It would be better to explore this with real data (for example from ALL library), and contact the authors, either via the support site in Bioconductor or through personal communications.

Does this imply that my query set is less correlated than expected, or that non-query genes are more highly correlated with one another?

Note: I only used the unranked method of the limma 3.34.1, I didn't use the preranked camera (cameraPR) because it doesn't have the same results as in camera and it doesn't allow to estimate the intercorrelation.

Not the answer you're looking for? Browse other questions tagged gene statistics differential-expression pathway gsea or ask your own question.