Seurat VlnPlots are most commonly used to visualize differences in any given gene expression across multiple clusters or cell types. For example: 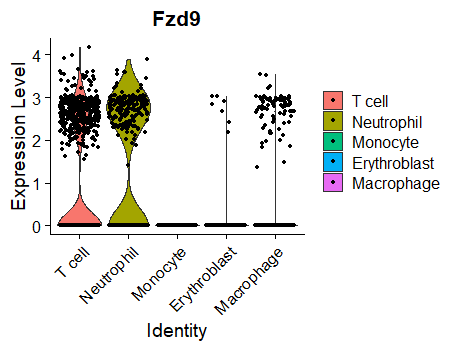 But suppose I want to view the expression of several genes in just idents = "T cell". I can do this to generate three separate plots: 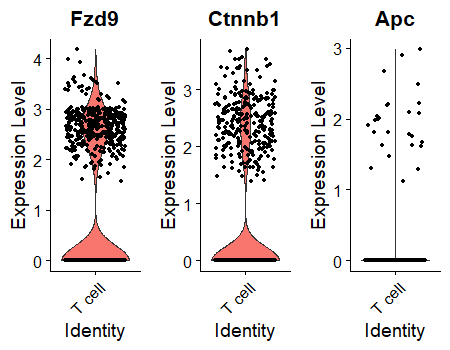 But ideally I'd like this second plot to look just like the first plot, except with only a single tissue on the legend ("T cell") and multiple genes in the various colored violins. Unfortunately, I am not aware of any simple way to combine these violins into a single plot area.

This doesn't do what I need:

Is there built-in functionality in Seurat for generating a VlnPlot for multiple genes in a single tissue in a single plot? Or can anyone suggest a workaround?

To do so one workaround it to have your data in "long format" and then use the column that holds the "gene names" as the x variable while plotting.

You can use FetchData() to extract data from a Seurat object. VlnPlot's default is the data slot (of the active assay if using Seurat v3 I suppose). And you can specify which cells and genes to retrieve.

Melt() would transform your data into "long format". By not specifying any arguments, we push for all of the info in the three variables to be gathered in two columns:

ggplot2 is used to add "violin" and "jitter" layers. You can customize the output to look (exactly) like the VlnPlot() output. 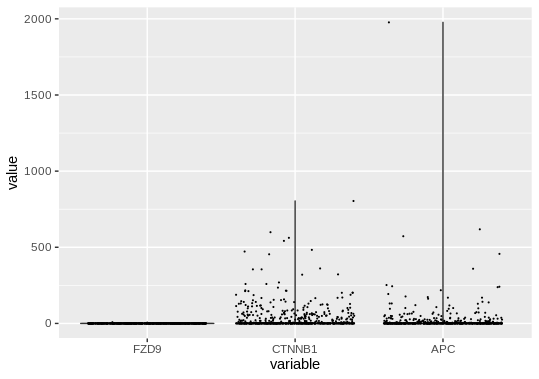 And here is the same graph generated by VlnPlot(): 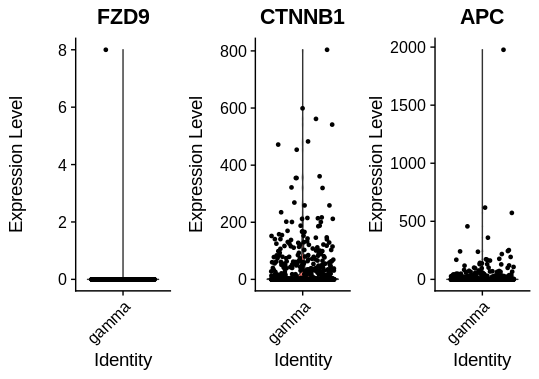 There are no "violins" as the counts are almost entirely zeros. And see how different the ranges are in the y axes of the VlnPlot. So the "tweak" I have presented here would only work for genes that are expressed at similar levels / similar ranges.

Not the answer you're looking for? Browse other questions tagged r scrnaseq seurat ggplot2 rstudio or ask your own question.

4
How to compare transcriptomic profiles of two cell types (single cell RNA-seq)?
4
Subset on multiple genes in Seurat
6
How I can test my hypothesises computationally
2
Visualising gene expression across cell type and conditions in one plot, in Single Cell Sequencing data
3
How do I prevent the FeatureHeatmap function from the Seurat package, from sorting my data groups in alphabetical order when plotting data?
1
Trim Seurat object to contain expression info only for selected genes
0
Percentage of each cluster in Seurat
1
How to specifically select cluster on Featurescatter on Seurat?